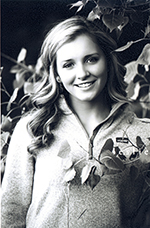 Sons of Norway Normanna lodge No. 51 of Albert Lea has selected the winners of two $2,000 scholarships to persons — one per year — with a 3.0 grade point average on a scale of 4.0 who have completed at least two years of college and enrolled in a program that leads to concentration in Scandinavian studies, according to a press release.

The funds were paid to the recipients’ college on Dec. 5.