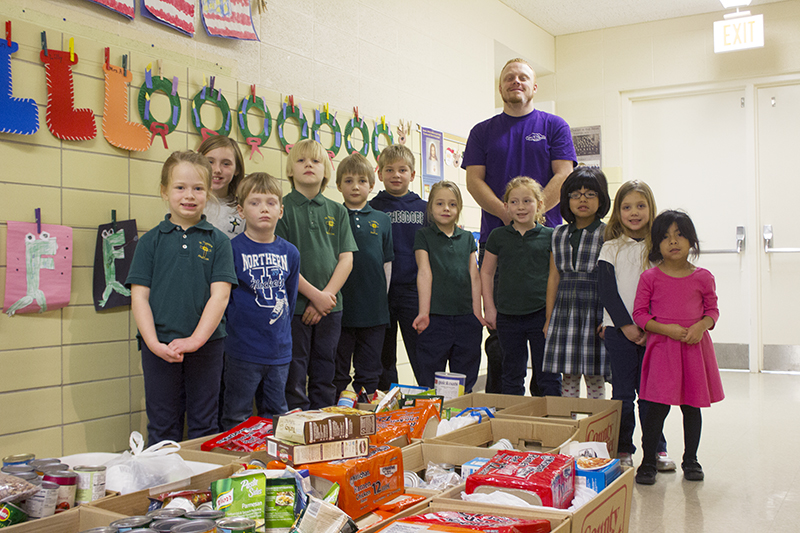 The donations will go toward the MarketPlace Foods Stuff-A-Truck food drive. The items will go toward a partial grant match to allow the food shelf to increase its food-buying power with Channel One Food Bank.

Students brought food from home, and a friendly competition was sparked between grades to further the giving.

As of Thursday, 1,095 food items had been donated by Cars-N-Credit and St. Theodore Catholic School.

Cars-N-Credit required its car buyers to bring 30 cans of food.

“Every year we try to do something around the holidays,” said store manager Aaron McVicker. “People are going through tough times.”

McVicker said the decision to collaborate with St. Theodore was made to do something good for the community.

“We thought that was a great cause, and it would go directly to a good cause rather than just sit on a shelf somewhere,” he said. “So, we thought this would be the best option to help the most people.”

McVicker said donating items highlights the work Cars-N-Credit does in the community.

Students were shown food items to show the difference they were making.

“I think it really hit home for the kids, and that drove it even more,” said first-grade teacher Natasha Clarey.

St. Theodore secretary Kristina Garcia said she was impressed with how much students were able to give.

“We are such a small school … 57 students were actually able to bring in this amount of food,” she said. “A lot of them were very excited to be able to do it. And one of the things that we push … our biggest thing was no matter who won, we all won, because we are helping somebody else out. That’s our main focus.”