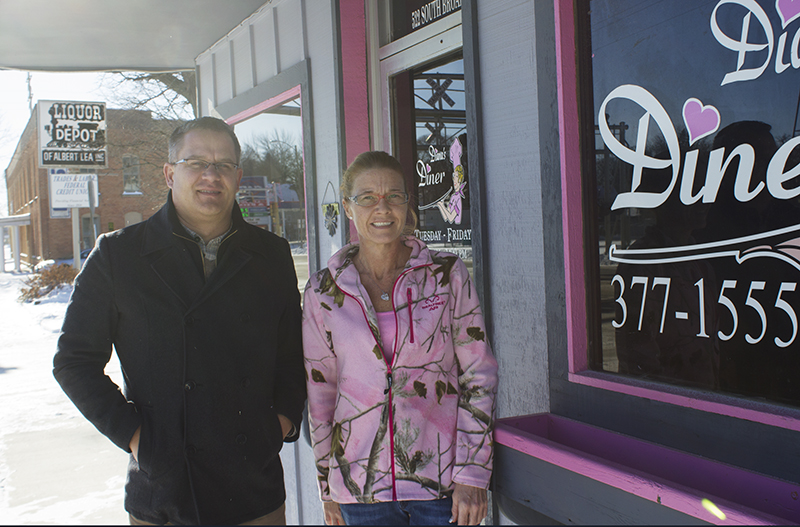 Albert Lea city officials are continuing their efforts to improve the city by collaborating with local business owners.

The Albert Lea City Council could approve implementing a new grant and loan program intended for upgrading South Broadway at its Dec. 27 meeting.

The council postponed approving the program last month so officials could inform property owners along the corridor of a meeting in which they could learn more about the program. The meeting was earlier this week.

The program, which would include a 1-to-1 ratio of public to private funds up to $10,000, would provide assistance to owners of commercial property on South Broadway Avenue from College Street to Todd Avenue.

The funding would help building owners with:

• Repairing and replacing windows and doors

“We’ve been focusing in a broader sense on economic development in general within the city — but also looking at redeveloping our existing corridors — and we’ve seen success of doing that in the downtown with some city involvement, collaborating with the private and even the nonprofit sector,” said Albert Lea City Manager Chad Adams. “I think this is really just going to be an extension of what we’ve seen downtown.”

The program will help spur business development and is an extension to South Broadway road work, which changed a portion of the road from four lanes to three lanes, Adams said.

“I think this is just kind of a feeder program to some extent to help a business advance their potential for more commerce,” he said.

The city has been successful in its collaboration on Broadway Avenue improvements, Adams said.

“One of the successful metrics from downtown is the number of businesses that have opened, the number of employees and jobs that have been created in the downtown, but probably most importantly is growing our tax base,” he said.

City staff is also recommending a similar program extension to the East Main Street corridor once road improvements are made in either 2020 or 2021.

The policy and funding for the South Broadway program is expected to be in place until the end of 2021.

Expenditures such as roofs, tinted windows, parking areas, inventory and equipment, operating expenses, non-fixed improvements and general maintenance are not eligible under the program.

“That’s what we are all about is trying to create more jobs and grow our tax base, and that’s been a success in the downtown, and we feel it will be as well in the South Broadway Redevelopment Program,” he said.