The Freeborn County Board of Commissioners approved 2017 wage increases for elected officials and other employees on Tuesday.

The largest percentage increase will go to Freeborn County Auditor-Treasurer Pat Martinson, who will be paid 11.5 percent more in 2017 than she did in 2016. 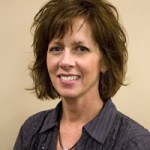 “I’m very appreciative,” Martinson said. “That was a substantial increase, but I am still on the lower average of auditor-treasurers in our region.”

Martinson said the average wage for her position in the region is $86,613.

Freeborn County Administrator John Kluever said the raise is due to several reasons.

“It’s a reflection the commissioners have,” he said. “Patricia’s been in that position for a couple of years.”

Commissioners look at the salaries of other elected officials across the region, Kluever said.

“It isn’t just a pure number,” he said of the raise. “One of the things they do is look at comparables. I think the commissioners have an interest in keeping elected officials on a plain that’s within the market of other elected officials in this region.”

Martinson added that as an elected official she does not receive sick, vacation or paid time off.

Some of Martinson’s duties are tax circulation and collection, administration of elections for the county, land transfers, chief banking officer duties, county investments and department head duties for the county’s motor vehicle department.

Other 2017 salaries are the following:

District 4 Commissioner Chris Shoff said commissioners have only received two raises during his 10 years on the board.

“We are going down a slippery slope,” he said. “One of these days the Freeborn County board is going to have to make a decision and do some sort of $4,000 or $5,000 correction, and it’s going to be ugly.”

Shoff was the lone dissenting vote.

A 2.25 percent general increase for union patrol and transport deputies and nonunion employees.

Accepted a $2,000 donation from Walmart for the Shop with a Cop program.

Approved a grant project agreement amendment with the Minnesota Department of Health.