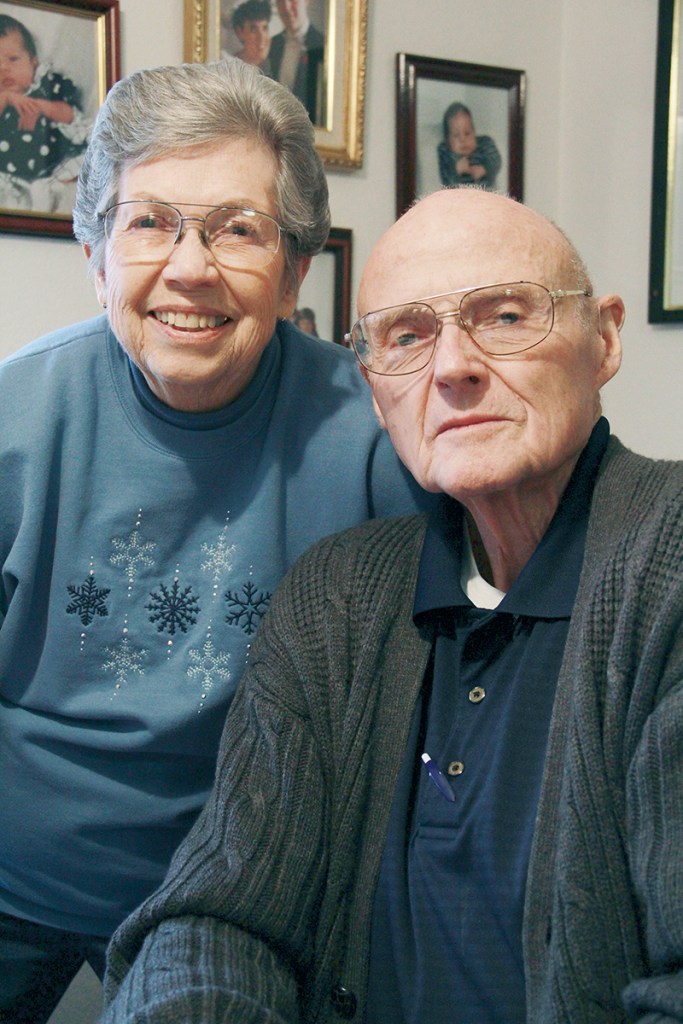 Malcolm “Mac” McDonald and his wife, Judy, both said they would choose death with dignity measures. Right now, there are no Minnesota laws that allow a voluntary death by self-administering medication. - Deb Nicklay/Albert Lea Tribune

Man wants the choice to die on his own terms

AUSTIN — Malcolm “Mac” McDonald, 81, was used to getting up in the morning and exercising at his favorite Austin gym.

There was time on the treadmill; then, he would do rounds on the recumbent bike. After shower and breakfast, “I was pretty active for the rest of the day,” he said.

That all changed on a day in July when a sharp, shooting pain traveled down the left side of his body.

“And just like that,” he said, his life changed, profoundly.

Testing at Mayo Clinic found that he had Stage 4 lung cancer.

“Non-treatable,” he said, recalling the day. “Both lungs. It knocked me off my feet.”

He was shocked and surprised that such an end would come after a busy, full life.

Now, he wants the end to be of his own making.

The son of Iowa farmers, Malcolm McDonald graduated from college with a teaching degree. After heading up the family implement dealership, he decided he wanted to teach rather than sell farm equipment.

He first taught in Anchorage, Alaska, early in his career — where he also met his wife, Judy, a fellow teacher — and later taught in Colorado. Then, he was hired as the director of special education for Austin public schools, a position he held for 27 years. The McDonalds have one son, Ian. Malcolm McDonald throughout his life was active in volunteerism and served in active and reserve military for 28 years. 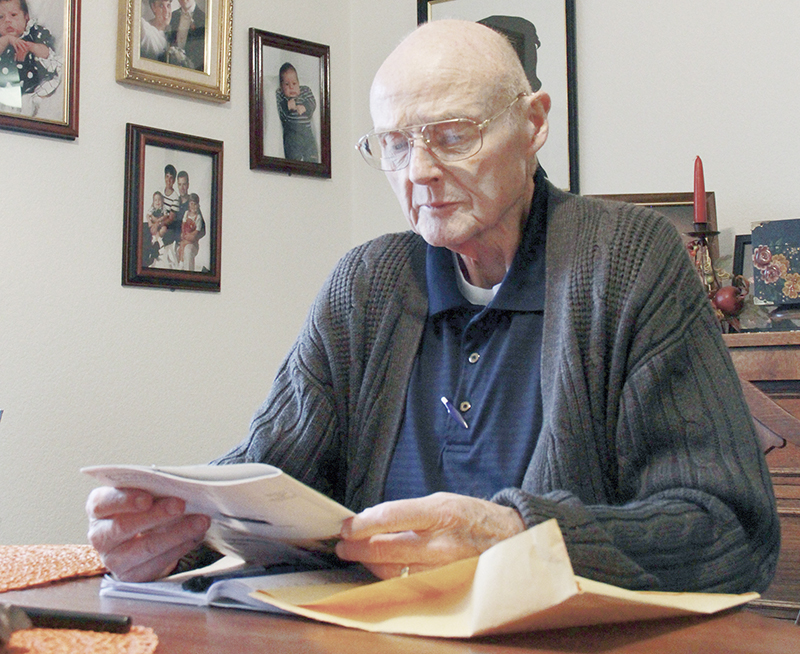 Malcolm “Mac” McDonald said that he wants a choice about how he dies. Diagnosed with lung cancer, McDonald wants legislators to adopt death with dignity legislation. – Deb Nicklay/Albert Lea Tribune

The diagnosis of cancer changed an active man to someone who, at turns, was both curious and despairing at his growing fragility.

Quality of life in his remaining months — his doctor said six months was likely, but that was six months ago — is important to him. He has oxygen tanks at the ready when he needs help with breathing, which happens more and more.

“If I have to climb steps … that’s when it really takes me,” he said.

He tries to keep to the treadmill, but is quickly slowing, he said. He cannot operate the recumbent bicycle at all, anymore. He has lost 15 pounds since his diagnosis. His appetite is leaving him.

It became clear to him from the beginning that he wanted to end his life on his own terms.

But at present, Minnesota does not have a law that provides what he would call “death with dignity.” Such laws are not physician-assisted suicide, but rather, measures that allow someone who is terminally ill to self-administer medication that would end his life.

Loss of control over your decisions and your body is as painful as the cancer, he said. Death with dignity laws are in place in California, Oregon, Washington, Vermont and Montana. Some who are terminally ill travel to one of those states to end their lives. He doesn’t want to travel to an unfamiliar place to do that.

The McDonalds do not see the ability to control life’s end in conflict with their religious beliefs. It is about freedom to live life in a certain way, they said.

“I’ve got a wife and a son for whom I see no reason for them to go through a time when I am miserable to myself and miserable to them. It’s selfish, I admit. But we are living in a country whose most basic thought is freedom of the individual and not making decisions that other people have to live by. I want to make my own choice,” he said.

“It is the reality,” she said. “It can be emotional, but we also have to face the facts. I know he is on a timeline. I am 100 percent supportive” of his desire to end his life.

“I would choose that for myself,” she said.

The Minnesota Legislature has visited the issue twice in the past two years. Sens. Chris Eaton of Brooklyn Center, Sandra Pappas of St. Paul, D. Scott Dibble of Minneapolis and John Marty of Roseville, all Democrats, sponsored the Minnesota Compassionate Care Act. That proposed legislation, never voted upon, returned to committee in 2016 — Eaton withdrew the bill due to lack of support, but said she would bring the issue to session this year. It does not promote physician-assisted suicide, but rather the ability of the ill patient to administer medication to end his or her life.

Malcolm McDonald wants to see legislators move forward with the issue, he said, but Rep. Jeanne Poppe, D-Austin, said she doesn’t hold much hope that the issue will get much traction this session.

“I have indicated to him that I really do not see it being a top priority for the Legislature to tackle,” she said in an email to the Austin Daily Herald. “With the Republican majority in each body of the Legislature, it doesn’t seem like something they will pursue. However, strong advocates like him can influence public policy.”

He has written a letter to Gov. Mark Dayton.

It reads, in part:

“… I have asked my primary physician to recommend one of the above states where I would have the freedom to pursue my desire to use laws that provide for dying with dignity. Can your office provide information and guidance regarding this topic so that I, a resident of Minnesota, can … take advantage of the freedoms these laws provide to individuals so they and their families can avoid the experiences that they can anticipate are coming and that others who have passed away have experienced in the past.”

He knows there are other ways to die by your own hand. He has been told it would take about a week or longer to die from the refusal to eat or drink anything. He doesn’t look to that as a dignified way of ending a life, but he also wonders, “Do you just get to the point that you are so miserable, you just stop eating and drinking?”

He is not happy with his lack of choices. His life is already limited by disease.

It seems only fair, he said, that death be quick and painless.

Hibbing struggles with how it should honor Bob Dylan