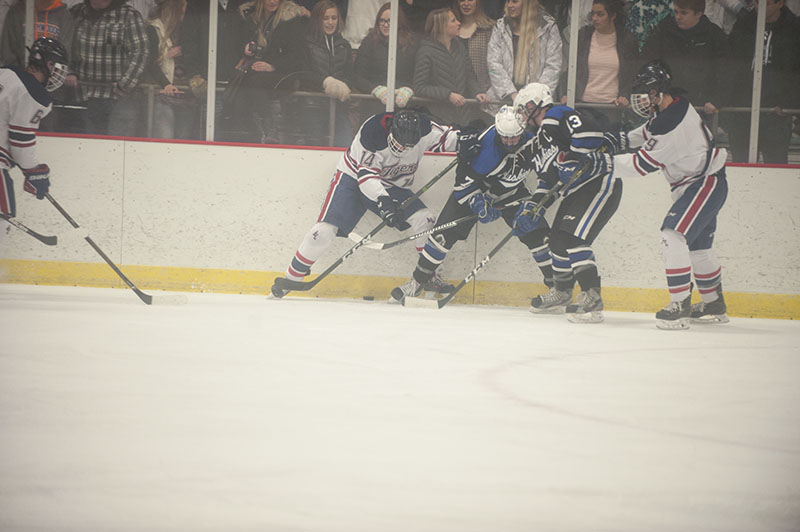 Albert Lea’s Austin Dulitz won a faceoff late in the second period and fired a quick wrister past Owatonna goalie Jacob Dub. The goal gave the Tigers a 4-2 lead, and it was Dulitz’s second goal of the game. Little did he or the Tigers know that his goal would end up being the game-winning goal in a 4-3 victory over the Huskies Thursday night.

Albert Lea struck for three goals in the first period with Michael Savelkoul scoring the first two, then Dulitz.

The Tigers got 29 saves from senior goaltender Ben Witham, and the Tigers defense killed off six power-play opportunities for the Huskies.

The win moved the Tigers to 3-1 on the season and they are second in the Big Nine Conference with a record of 2-1. Northfield is tops in the conference at 3-0.

Through four games, the Tigers are averaging 4.75 goals for and allowing 2.25 goals against.

Albert Lea will be in action Tuesday night on the road at Rochester Mayo.