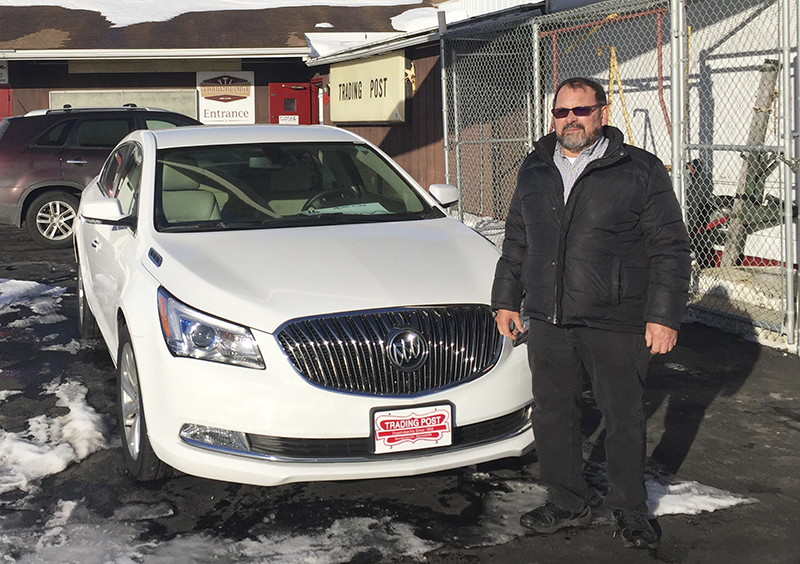 Nick Olson bought his used auto sales business from his father, Carlyle Olson. He typically has between 55 to 60 cars in his lot. - Kelly Wassenberg/Albert Lea Tribune

GLENVILLE — When you ask someone how old they were when they started their first job, most would expect to hear an answer that included double digits — but that’s not always the case.

Nick Olson began working at his father’s business, Olson’s Trading Post, when he was 7 years old. At the time, he was just as young as the business — which was founded in 1950.

He started out small. Olson said he would take out the trash and help customers with miscellaneous part sales.

“I started in the lowest aspects and worked up to where I am now,” Olson said.

While his father, Carlyle Olson, sold the store — which carried supplies, tools and equipment — he purchased the auto sales part of the business in 1972.

“I’ve always had an interest in cars and just kept with it,” Olson said. “I’ve done other aspects of this business also, but after the Olson family sold the business, I kept the cars.”

According to Olson, Nick’s Trading Post Used Cars was and still is a one-man operation to this day. He purchases the vehicles himself and has them transported to Minnesota before locally outsourcing detail services and mechanical work on the vehicles before they are added to his inventory. The only time customers deal with someone else is when his daughter fills in for him when he’s scouting vehicles.

Sixty percent of his vehicles come from Florida, where he pulls primarily from lease returns and car rentals, so he takes a trip down every few months to ensure his lot stays full. He said he’s particularly fond of Buicks and GM products, but deals in all brands. He will also keep his eye out for a particular make and model of a car if he knows a customer who is looking for a specific vehicle.

Olson doesn’t handle financing himself, but will recommend local lenders in the area for those interested in making a purchase.

Over his many years in business, Olson said he has been fortunate to make a lot of acquaintances and have many good customers from the area. In return, Olson doesn’t make them wait for a sale to get a good price on a used vehicle.

“I don’t have special events — just a good, fair price everyday,” he said.

4 arrested on warrants and other reports