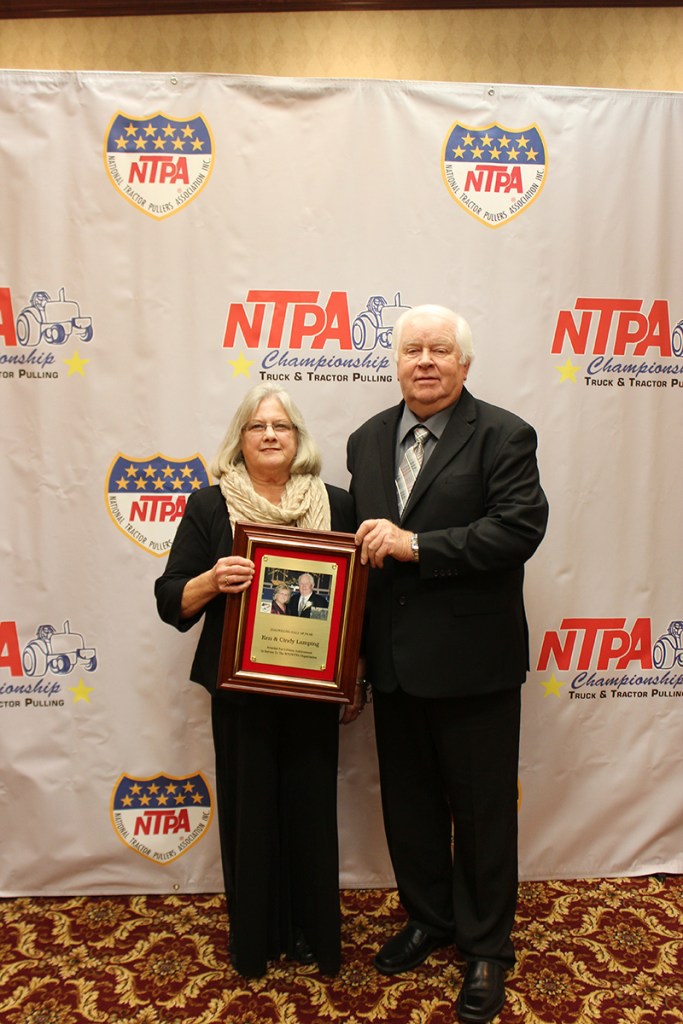 The National Tractor Pullers Association has named Ken and Cindy Lamping of Glenville members of the 2016 class of the Pulling Hall of Fame, according to a press release. Their induction concluded the association’s 46th annual convention and awards banquet in Dublin, Ohio.

In truck and tractor pulling, participants strive to drag a metal sled weighing up to 20 tons the greatest distance along a straight, dirt track. The Lampings were recognized for Lifetime Achievement in Service to the NTPA organization, which included leadership positions at the state, regional and national levels of the motorsport.

The consolidation initiated by Ken Lamping of rival pulling clubs resulted in the United Pullers of Minnesota, an association which Ken Lamping led until 1993 and which won Member State of the Year honors in 1990.

From 1988 through 1995, the Lampings teamed to administer the Copenhagen/Skoal sponsorship of the entire NTPA pulling circuit, which encompassed nearly 500 events per season. 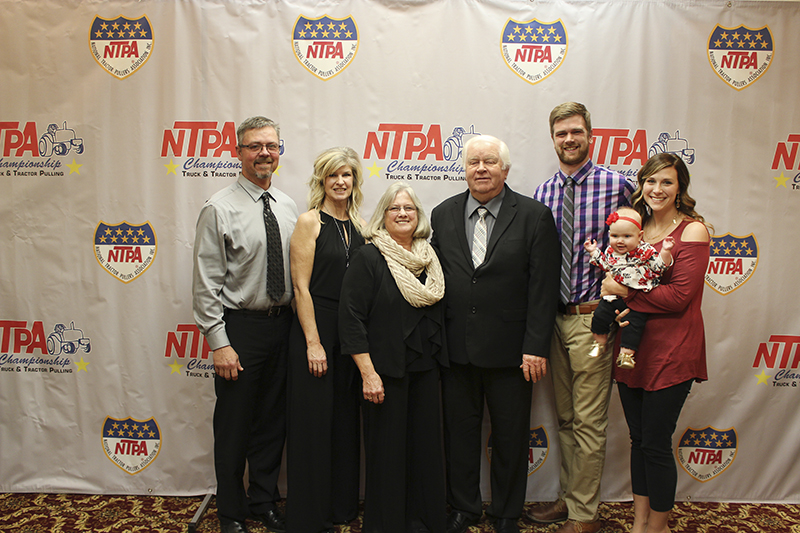 Pictured, from left, are the Lampings’ son-in-law and daughter Paul and Terri Tenold; Cindy and Ken Lamping; grandson, Andrew Tenold; his wife, Kate; and their daughter, Cora. – Provided

Cindy Lamping succeeded Ken Lamping as the NTPA’s member state coordinator in 1994 when he was named to the executive board of World Pulling International Inc., the NTPA’s parent company. Ken Lamping stepped aside from the board’s vice presidency in 2014 and retired in 2016.

The Lampings’ breadth of experience and depth of commitment have made them a trusted voice in the motorsport.

“When I’m looking for advice,” said NTPA general manager Gregg Randall, “one of the first people I think to call is Ken Lamping.”

“Ken and Cindy Lamping’s sincere efforts in assisting in the rebuilding and advancement of the WPI/NTPA structure were recognized and accepted by the competitors, promoters, fans and sponsors,” he said. “I will always value their personal friendship and support.”

During their induction ceremony, the Lampings expressed their appreciation and wonder at the thought of being Hall of Famers.

“When I made the phone call to Dave Schreier in 1987,” Ken Lamping said, “I never realized how my life was going to change. All I wanted to do was organize pulling in Minnesota.”

“I want to thank everybody that I’ve ever worked with at any time,” Cindy Lamping said.