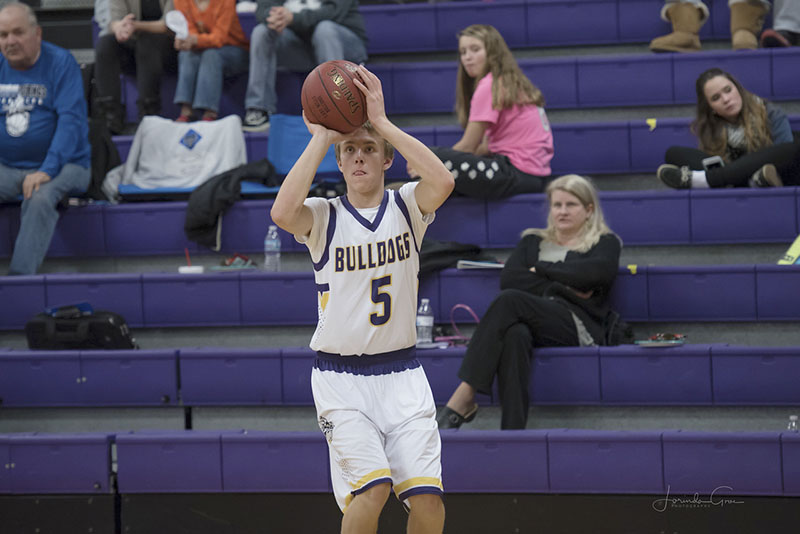 Few players in the Top of Iowa Conference have had a better start than Lake Mills’ Charlie Dugger. He came into Monday’s game against Central Springs averaging 19.3 points per game and has helped the Bulldogs to a 4-0 start.

On Monday night, the Bulldogs introduced a new player into their linuep — Luke Groe — and he put on quite the performance. The defense also helped, as Lake Mills ran its record  to 5-0 with a 74-32 victory.

Groe finished with a game-high 26 points and the defense limited Central Springs to four quarters in single-digits in the scoring column.

“We played very well in the first and third quarters,” Bulldogs coach Kyle Menke said. “(Luke) had an outstanding performance in his first game of the year.”