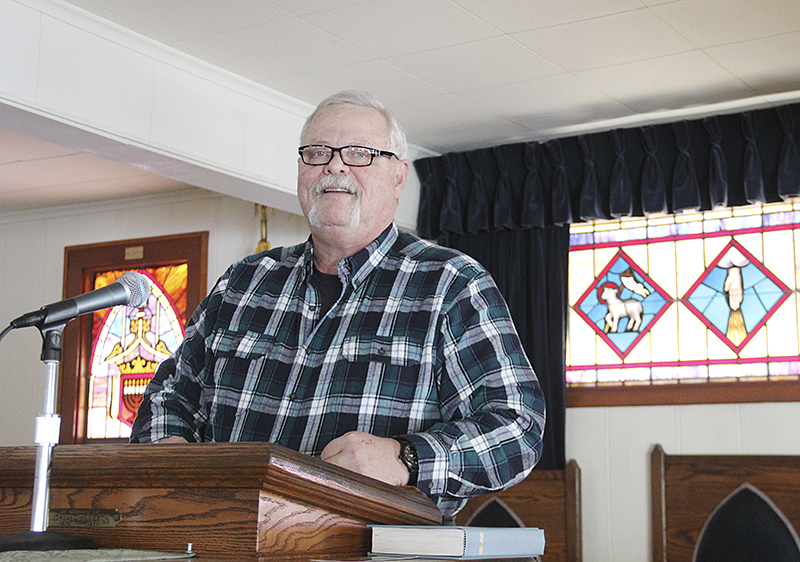 The new pastor at Conservative Congregational Church of Hollandale is doing all in his power to grow his church.

Randall Timblin Sr. and his wife, Patti, arrived in Hollandale in early September and then went through a trial period as pastor before the congregation decided to make him their new official pastor in October.

Since he has started, he said he has seen progress in the church, which is one of four in Hollandale. He is trying out new things that are finding success.

Presently, there are about 30 or 35 people who attend, including eight children.

Timblin created a Facebook page for the church, and each week he puts video and audio sermons on it. That page, so far, has 400 followers. 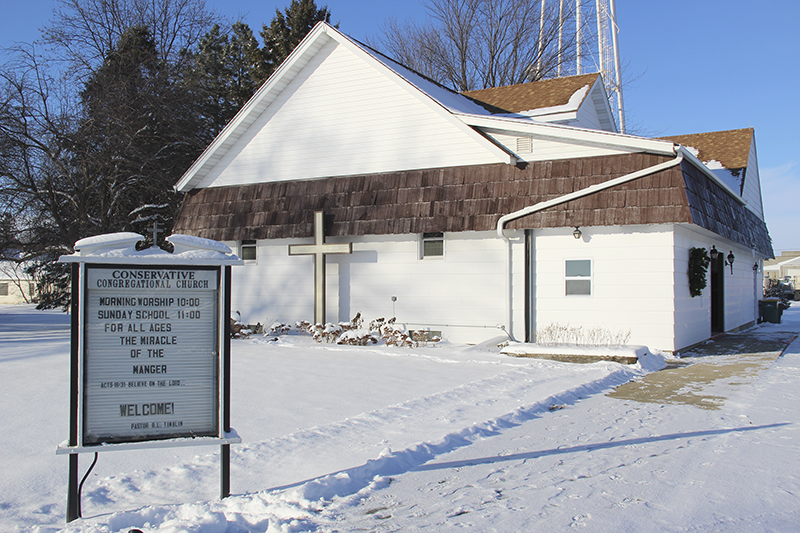 Conservative Congregational Church in Hollandale has about 30 to 35 members, according to its new pastor. – Sarah Stultz/Albert Lea Tribune

He and his wife have also started organizing events each week at the church.

This past weekend, it was a live Nativity with the children; this week it’s a movie night. On Christmas Eve, they will have a candlelight sermon and caroling.

“Our plan is to do more and more events,” he said.

They are also sending out letters to people who have visited the church in the past and invite them to attend again.

He said the events have been well received by the community.

During a Halloween event, they had more than 40 children attend.

While he is seeing more people walk through the doors, he is also seeing the members strengthened. 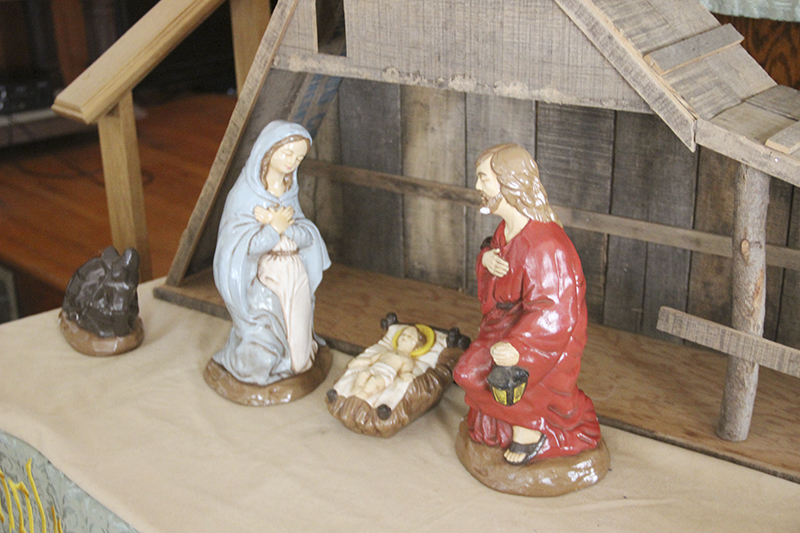 Pieces of a Nativity set sit in the sanctuary at Conservative Congregational Church in Hollandale. – Sarah Stultz/Albert Lea Tribune

“I really see a change in them,” Timblin said. “I’m seeing an exuberance. They’re beautiful people.”

Before coming to Hollandale, Timblin said he was a traveling preacher at campgrounds across America.

From Pennsylvania, he grew up in a large family of six children.

He served in the United States Navy after high school, before working as a junior engineer for a cable company and in commercial construction. After that, he said he moved to Texas, where he earned his degree in computer science, started writing software and progressed into being an IT manager.

“Then the Lord spoke to me and told me he wanted me to preach,” Timblin said.

He went back to school again, studying theology and tutoring under a pastor in Texas. He preached in places such as Texas, Kentucky and Pennsylvania.

He said becoming a preacher was a joy for his mother and a fulfillment of his mother’s prayer from when he was a baby.

Born premature at only 3 pounds, he said he had pneumonia. His mother would come and sit by him in an oxygen tent every day for two months.

“My mother promised God if he allowed me to live, she’d do all she could to make me a pastor,” Timblin said. “It took a while, but that was one of the most exciting days of her life.”

Timblin and his wife live in the parsonage next door to the church. They have been married for 10 years.

They said they love the area so far, despite some health challenges Timblin has faced since arriving.

In addition to his work with the church, Timblin enjoys writing and art. He has written seven novels.

Interesting fact: Timblin has traveled the world, including to places such as Vietnam, South Korea and Italy.