Guest Column: 1st Amendment works if we will still have it

Our First Amendment freedoms will work — if we still have them around to use.

Those five freedoms — religion, speech, press, assembly and petition — have been challenged at various times in our nation’s history, as many would say they are today. But the very freedoms themselves provide the means and mechanisms for our society to self-correct those challenges, perhaps a main reason why the First Amendment has endured, unchanged, since Dec. 15, 1791. 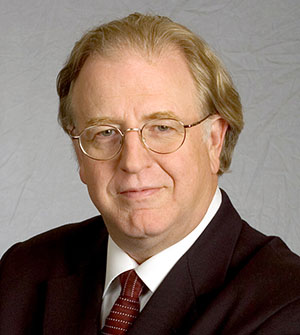 Case in point: The tragic mass shooting in Orlando, Florida, on June 12 was followed by a burst of anti-Islamic rhetoric across the country after the killer declared allegiance to ISIS. The speech, however hateful, generally was protected by the First Amendment.

But in turn, those attacks were followed by pushback in the other direction. Muslim leaders decried the use of their faith to justify hatred of the United States or homophobic terrorism. Opposition was ramped up to the idea of increased surveillance of Muslims in America and now-President-elect Donald Trump’s suggestion for a temporary ban on Muslims entering the United States.

In two rounds of national polling in the Newseum Institute’s annual State of the First Amendment survey, support for First Amendment protection for “fringe or extreme faiths” actually increased after the Orlando attack, compared with sampling done in May.

The number of people who said First Amendment protection does not extend to such faiths dropped from 29 to 22 percent. In both surveys, just over 1,000 adults were sampled by telephone, and the margin of error in the surveys was plus or minus 3.2 percentage points.

The First Amendment is predicated on the notion that citizens who are able to freely debate — without government censorship or direction — will exchange views, sometimes strongly and on controversial subjects, but eventually find common ground.

Of course, that kind of vigorous and robust exchange in the marketplace only can happen if there is a “marketplace” — freedom for all to speak — and a willingness to join with others in serious discussion, debate and discourse that has a goal of improving life for us all.

Perhaps not identifying by name even one of the five freedoms is not the same as not knowing you have those core freedoms. But neither does the result build confidence that, as a nation, we have a deep understanding of what distinguishes our nation among all others and is so fundamental to the unique American experience of self-governance.

We have thrived as a nation with a social order and a government structure in which the exchange of views is a key to solving problems. The nation’s architects had a confidence and optimism that such exchanges in the so-called “marketplace of ideas” would ultimately work for the public good.

What would those founders think of a society in which so many seem to favor the electronic versions of divided “marketplaces” that permit only that speech of which you already approve or that confirms your existing views?

Or worse yet, a society in which the five freedoms are used as weapons — from cyberbullying to mass Twitter attacks to deliberate distribution of “fake news” — to figuratively set ablaze or tear down an opponent’s stand?

As a nation, we cannot abandon the values of our First Amendment freedoms that protect religious liberty, that defend free expression at its widest definition and that provide a right to unpopular dissent, without fundamentally changing the character of our nation.

As a people, we must stand in defense of the values set out in the First Amendment and Bill of Rights some 225 years ago, even as we face one of the deepest public divides on a range of issues in our history.

And we must revisit and renew our faith in a concept expressed in 1664 by English poet and scholar John Milton and later woven deep into the institutional fabric of America: that in a battle between truth and falsehood, “who ever knew truth put to the worse in a free and open encounter?”