Kent Adams Gildner, 76, of Geneva, formerly of Albert Lea, died suddenly and unexpectedly before he had the chance to unpack his motorcycle at his winter home. The roads are quiet but Kent is in joyful celebration at home with the Lord. His family celebrates his life as a faithful servant to God and an evangelist who has impacted the spiritual lives of more people than they could possibly know. Kent was a simple man who was quiet, introspective and observant, while relishing his family. 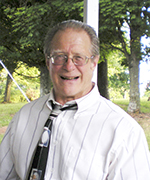 Kent was born in Manchester, Iowa, to Hughes and Daphme Gildner. He graduated from Fort Dodge High School and earned a certificate in auto electricity from Dunwoody Institute. He then earned his Bachelor of Arts in business from Ottawa University. In 1961 he was united in marriage with Sally Shader. Together Kent and Sally owned and operated KFC of Albert Lea for 33 years before retiring. Dec. 27 would have been their 55th wedding anniversary.

He is survived by his devoted and loving wife of 54 years, Sally; his two daughters, Stacey Torman and Jennifer (Lorrie) Gildner; his grandson, Seth Torman; and his beloved Kawasaki and Victory motorcycles.

He was preceded in death by his parents and his infant sister, Kay Lynn.

Known for his dedication to physical fitness and his passion for motorcycles, Kent was an active member of Six Seasons Christian Riders. He also had an incredible interest and memory for war history, westerns and trains. He played the cornet as a child and took up the trumpet again after retiring and was part of the Bibleville Buckaroos.

A celebration of Kent’s life will be at 2 p.m. Wednesday at Bridge Community Church in Albert Lea with visitation at 1 p.m. In lieu of flowers, please make donations to Straight Ahead Ministries (straightahead.org) or KJLY Kinship Radio (kjly.com).