Lake Mills’ pressure too much in rout

The Bulldogs got big performances from Laura Knudtson (18 points) and Jade Gasteiger (15 points) on their way to a 76-27 victory.

Lake Mills stifled Belmond-Klemme on defense all night long, coming up with 24 steals — five each from Teah Kesler and Knudtson — and were relentless on offense. The Bulldogs jumped out to a 15-point lead after one quarter, and then stretched that lead by 16 points in the second quarter to take a 48-17 lead into the break. 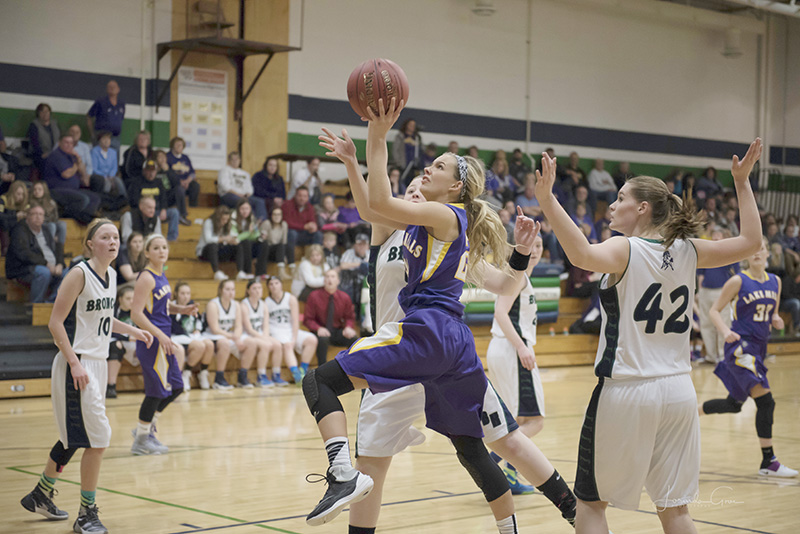 Lake Mills guard Jewell Gasteiger gets past several Belmond-Klemme defenders on her way to the hoop Friday night. She finished the game with six points and three steals. Lory Groe/for the Albert Lea Tribune

It played Nashua-Plainfield at home Saturday.