Memorial services for Leo Franklin Fuller will be at 11 a.m. Thursday at Bonnerup Funeral Service in Albert Lea. The Rev. Kent Otterman will officiate. Visitation will begin one hour prior to the service. Military honors will be accorded by Albert Lea veterans organizations. Interment will be in Hillcrest Cemetery at a later date. 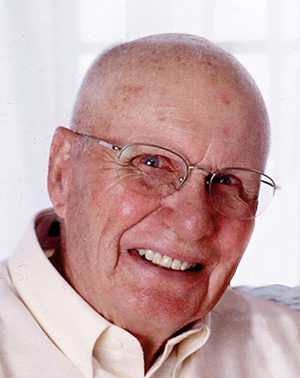 Leo Franklin Fuller, 90, of Albert Lea died Tuesday, Dec. 20, 2016, at Good Samaritan Society in Albert Lea. Leo was born April 10, 1926, in Albert Lea, the son of Margaret Bacher Fuller and Frank Fuller. He was united in marriage to Ruth Muehe on Sept. 3, 1955, at St. Theodore Catholic Church in Albert Lea.

Leo was in the Navy during WWII as a Gunner’s Mate 3rd Class. He briefly worked at Wilson & Co. as a welder before starting his career at Interstate Power Company as a small crew gas foreman for 35 years. Leo and Ruth spent many summers at Kiesler’s Campground in Waseca and spent many winters down in Arizona. Leo’s favorite pastimes included hunting, fishing, camping, golfing and most importantly — spending time with his family.

He was preceded in death by his parents and son, Robert Fuller.