Man has history of contact with 15-year-old, took advantage of intoxication

A high-risk predatory offender moved to Albert Lea this week, according to the Albert Lea Police Department. 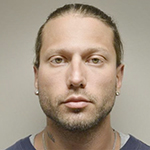 Jason Michael Sokolofsky, 33, moved Dec. 13 to a residence on Jefferson Avenue, a notification fact sheet states. Sokolofsky is classified as a Level 3 offender, an offender with the highest risk of reoffending.

He previously lived in the Austin and Adams areas and was slated to move to Myrtle in August 2015, but only lived there for one day.

According to police, Sokolofsky has a history of sexual contact with a 15-year-old female victim. Contact included penetration.

He reportedly took advantage of the victim’s intoxicated state and was known to the victim.

According to police, Sokolofsky is 6 feet 1 inch tall and weighs 190 pounds. He has brown hair, hazel eyes and a fair complexion.

A community meeting is slated for 6:30 p.m. Tuesday in the Freeborn Room of the Freeborn County Courthouse, 411 S. Broadway.