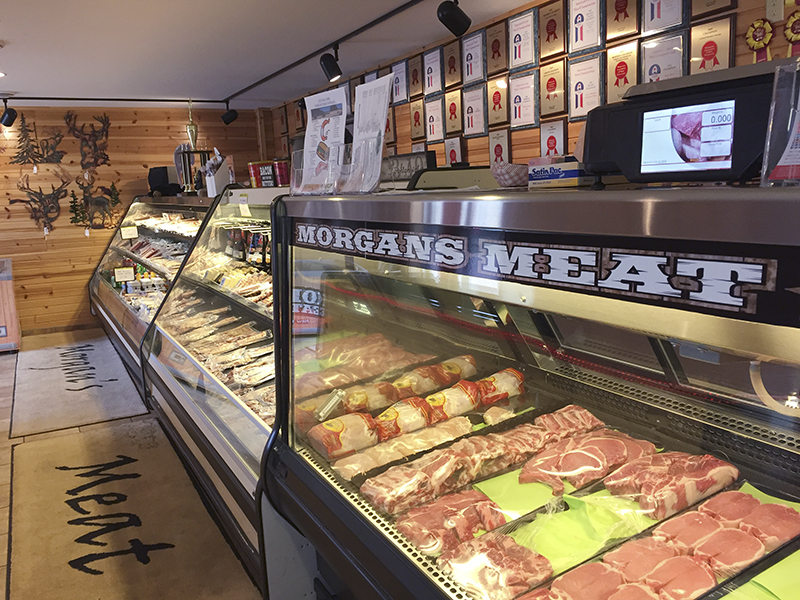 NEW RICHLAND — Some people grow up knowing what they want to be. Dean Morgan of New Richland came upon his chosen profession by sheer happenstance.

Morgan had graduated from Waseca High School and didn’t know quite what to do next. He knew he didn’t want to spend his days behind a desk; he preferred something more hands on. He didn’t want to have to go to four more years of school, either.

At the time, he had already begun to dabble in livestock. He had 75 sows that he raised from farrow to finish and one had went down. It was then that a neighbor came over to show him how to butcher the animal; and so, his decision was made.

Morgan decided to enroll in a one-year meat cutting program in Pipestone. He graduated in 1986 and came back to the area to work with a number of meat processors before buying an existing meat market and establishing his own business. That was in 2003, and Morgan’s Meat Market has done nothing but grow in the almost-14 years since. 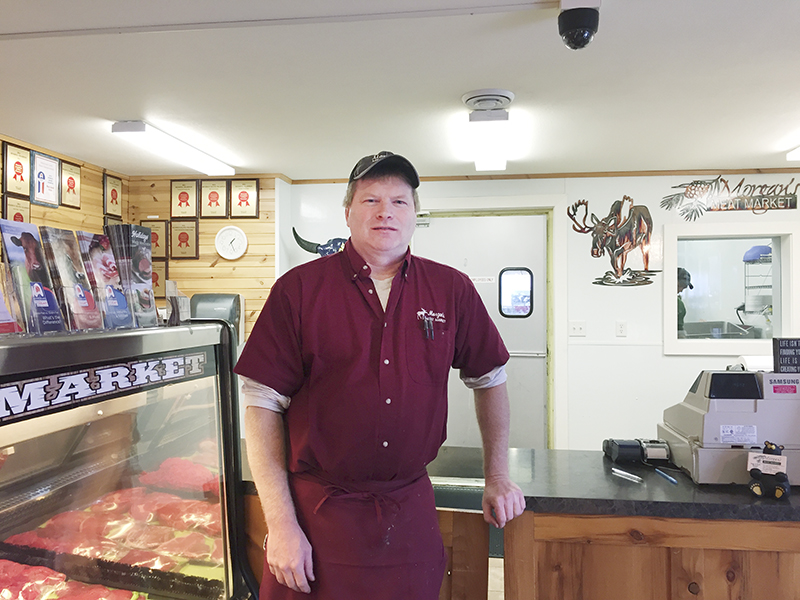 Awards now line the wall behind the meat counter, demonstrating Morgan’s success. His business has garnered over 100 awards in both the state and national grand champion categories.

“That’s what my goal was when we started, to see if we could get 100 awards and we did it,” Morgan said.

He doesn’t personally compete as much as he did in the past.

“For me it was to see if we could compete against the more well known shops,” Morgan said. “It was more personal than anything.”

Once he hit the 100 mark he took a step back. Now most of the products that are submitted for competitions represent the workmanship of his staff, rather than himself.

The majority of the items in the coolers at Morgan’s Meat Market are 100 percent handmade. This includes an array of flavored bacons and brats, jerky, summer sausage, snack sticks and marinated chicken breast, among others.

One of his personal favorites is Gracie’s dill pickle brats, the recipe for which was inspired by his daughter Gracie’s love of dill pickles.

He also has a few products he carries that some may not find in other meat markets — products like chocolate cheese fudge with walnuts made by Jim’s Cheese, which is based out of Wisconsin.

“If you like fudge, you’ll like that cheese,” he said, noting it tastes just like chocolate fudge and doesn’t have the texture of cheese. “It’s quite popular actually — especially during the holidays.”

He also has many other seasonal items, including lefse and lutefisk.

Morgan said it’s all about making and carrying items that you feel your customer base will like. Anyone who questions if the market has a product needs only to stop by or call. Morgan notes that if he doesn’t have something a customer asks for, he will not hesitate to refer customers to someone in the area who does.

“Every one of them have their own recipes that their customers like and all of them make fantastic products,” Morgan said of meat processors in the area.