Funeral services for Martha Wangen, 89, of Albert Lea will be at 11 a.m. Tuesday at Oakland Lutheran Church. The Rev. Waldemar Gies will officiate. Interment will be at Oakland Cemetery.  Visitation will be from 5 to 7 p.m. Monday at Bayview/Freeborn Funeral Home and one hour prior to the service at the church on Tuesday. Online condolences are welcome at www.bayviewfuneral.com. 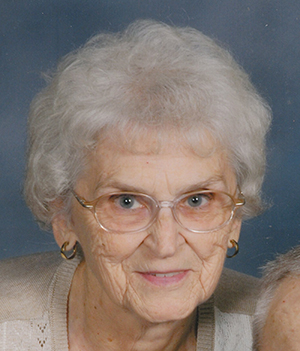 Martha was a hardworking and caring farm wife that took care of her family as well as all of her chickens. She was Orin’s main caregiver for several years. She always had the coffee on, plenty of goodies on hand and looked forward to the grandchildren stopping by or attending functions they were involved in. Martha and Orin spent over 15 years at Happy Days Resort in Nevis. They loved to fish and taught all of their grandchildren to fish.

Martha was preceded in death by her husband, Orin, in 2009; parents; brothers Everett, Hartwick and Alert (Bud); and sisters-in-law Gladys (Roscoe) Nellis and Joanne Ramsey.