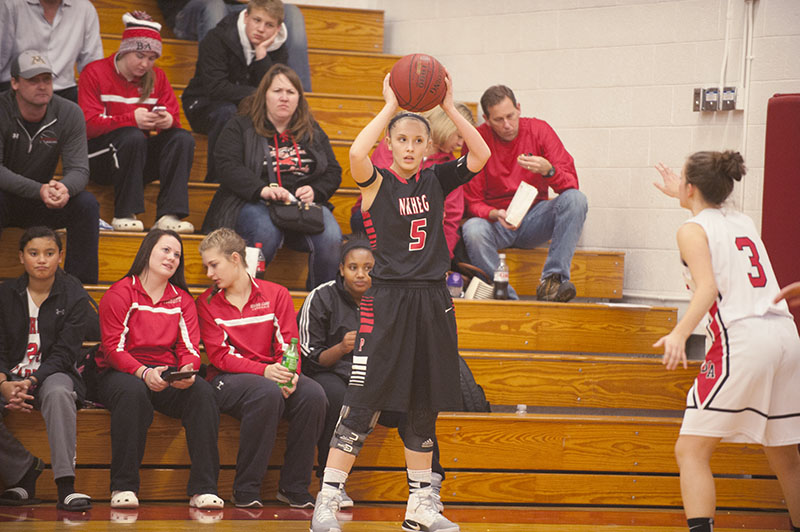 NRHEG’s Gretchen Ramaker looks for a teammate to pass the ball to in the first half of Thursday’s game against Bethlehem Academy. The Panthers got their first win of the year. - Jarrod Peterson/Albert Lea Tribune

NEW RICHLAND — After struggling against Tri-City United in its first game of the season, the NRHEG Panthers girls’ basketball team found a much easier path to the basket Thursday night.

The Panthers opened their home schedule against Bethlehem Academy.

The Panthers put up 40 points in the first half — including a combined 26 from Maddie and Marnie Wagner — on their way to a 69-30 drubbing of the Cardinals.

The Wagner twins scored the first nine points of the game for the Panthers — with six coming from Marnie Wagner — as they built a 9-2 lead four minutes into the contest.

Over the remaining 14 minutes, NRHEG would slowly expand its lead.

Betsy Schoenrock came in off the bench to knock down a free throw. On the next possession, she grabbed an offensive rebound and laid it back in for two points, upping the lead to 19-8. Kayley Camerer would score on the next possession for the Panthers. Her bucket would spark a 12-4 run over the next couple of minutes, as the Panthers got back-to-back three-pointers from both Wagners and another hoop from Schoenrock.

Bethlehem Academy’s Bela Kalis did her best to keep her team in the game. She nailed four first-half three-pointers on her way to 14 points in the opening half.

The Panthers took a 40-19 lead into the locker room. They outscored the Cardinals 20-11 in the second half. 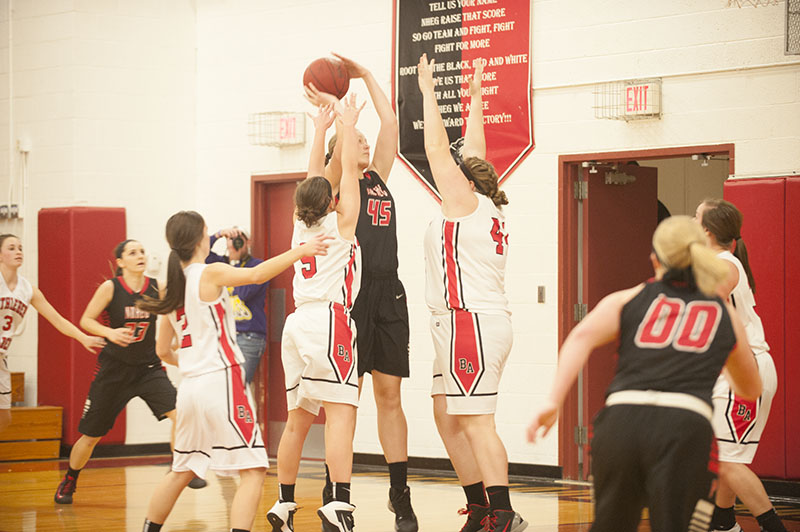 Betsy Schoenrock goes up for a shot over two defenders in the first half Thursday night. Schoenrock came off the bench to score seven points in the half. – Jarrod Peterson/Albert Lea Tribune 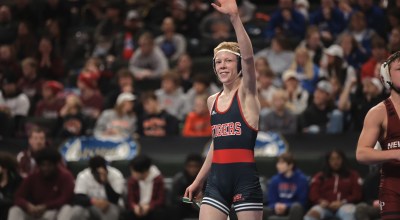 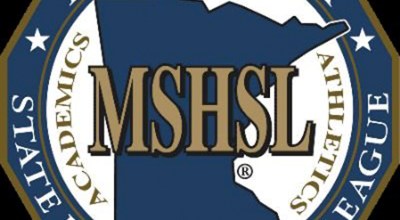