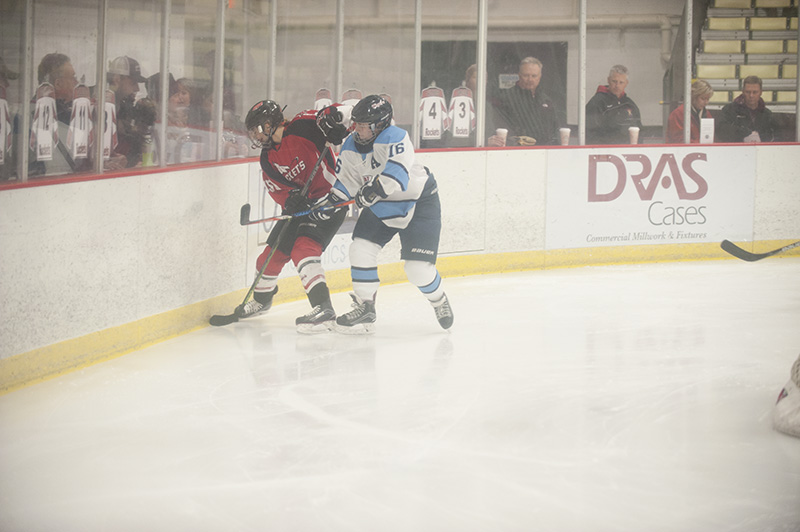 After scoring no goals in its first game of the season, the Albert Lea girls’ hockey team had been playing much better hockey as of late.

The Tigers’ offense had also picked up its production, too, with seven goals being scored over the last three games.

The Rockets came into Tuesday’s contest averaging 2.9 goals per game, but averaging 5.6 goals in their wins.

They left Albert Lea with eight more goals, as the Rockets used a four-goal second period to skate their way to a, 8-0 victory. 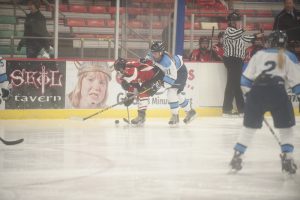 Rockets defensemen Renee Saltness scored a hat trick in the second period and fellow defensemen Emily Bowron added the other goal in the period.

The Tigers struggled to get the puck out of their defensive zone the whole night and, in turn, it led to a big offensive night for the Rockets. The visitors added two goals late in the third period. Brooklyn Birdseye added two goals for Rochester John Marshall.

With the loss, Albert Lea falls to 1-4 on the season. Rochester John Marshall is now 6-3.

The schedule doesn’t get any easier for Albert Lea, as it will face Owatonna (3-1) on the road Thursday. Owatonna faced Winona Tuesday night.

Start time for puck drop is scheduled for 7 p.m.