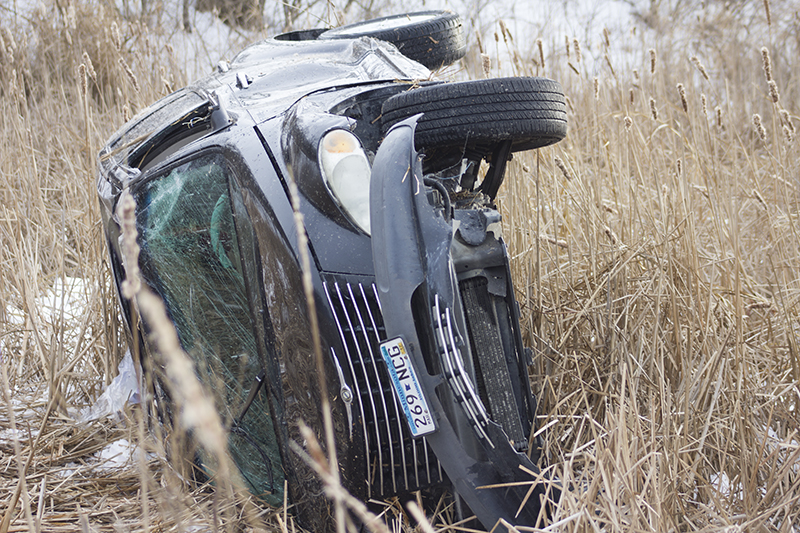 A vehicle was on its side after a crash Friday south of Twin Lakes. - Sam Wilmes/Albert Lea Tribune

William E. Bair, 14, was transported via Mayo One to St. Marys Hospital in Rochester. A 17-year-old girl was reportedly transported to Mayo Clinic Health System in Albert Lea with a not life-threatening injury. The girl’s name will not be released due to pending charges, according to the Minnesota State Patrol.

The girl was reportedly driving a 2002 Chrysler PT Cruiser south on Highway 69 when she lost control of the vehicle, which rolled into the north ditch of the road at 2:40 p.m., the report stated. 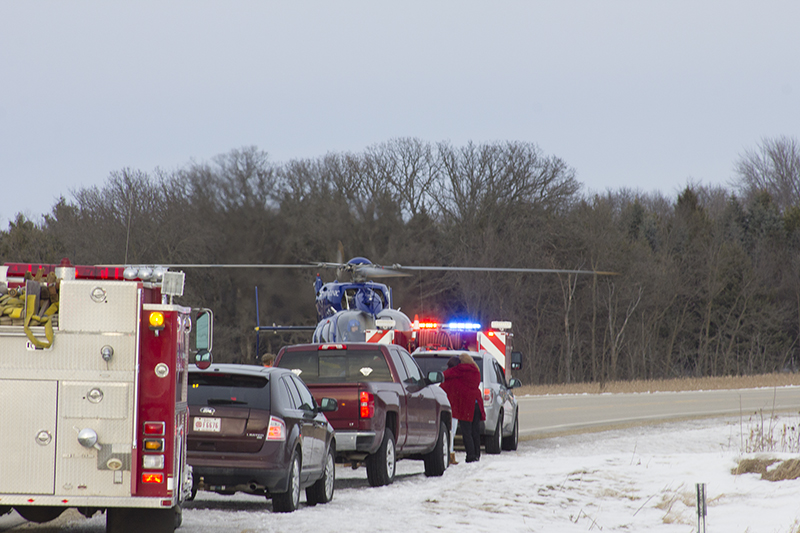 A vehicle was on its side after a crash Friday south of Twin Lakes. – Sam Wilmes/Albert Lea Tribune

A helicopter was flown in to the scene.

The vehicle was on its side on the east side of Highway 69 after the crash.

According to the State Patrol, no alcohol was detected in either occupant, and both were wearing their seat belts.

Personnel from multiple agencies were on scene to assist.