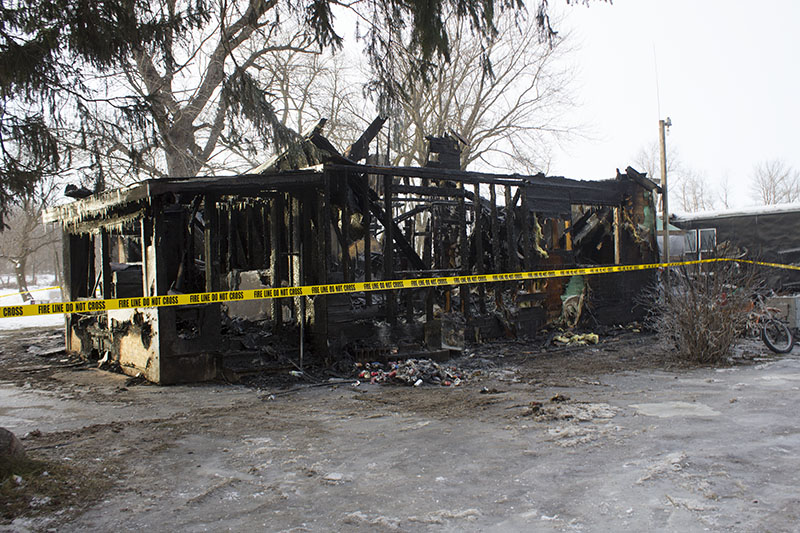 Blaze believed to have started from wiring, space heaters

No people were home at the time of the fire, but a pet reportedly died in the blaze, according to a Freeborn County Sheriff’s Office press release. 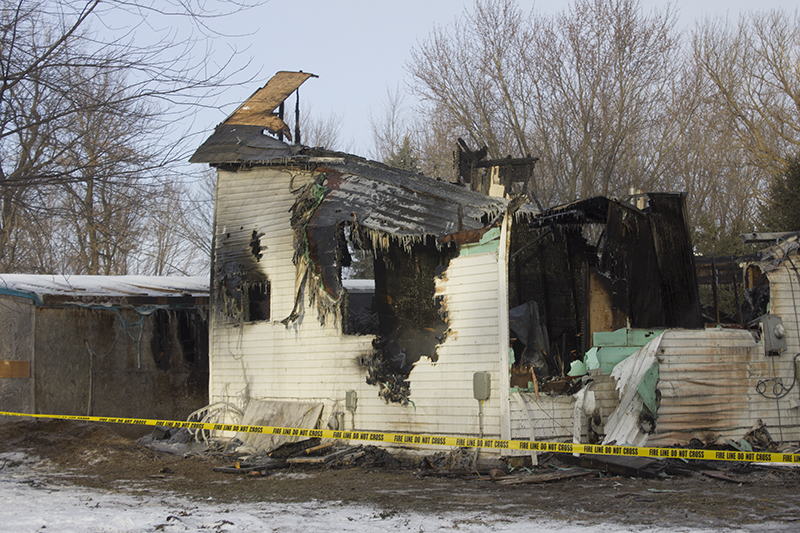 The inside of the home was gutted by the fire Tuesday night in Gordonsville. – Sam Wilmes/Albert Lea Tribune

Online property records list Darrenn and Tonya Stevens as the primary taxpayers at the address.

The State Fire Marshal’s Office was called in to investigate the fire. The investigation determined that wiring and the use of multiple space heaters caused the fire. 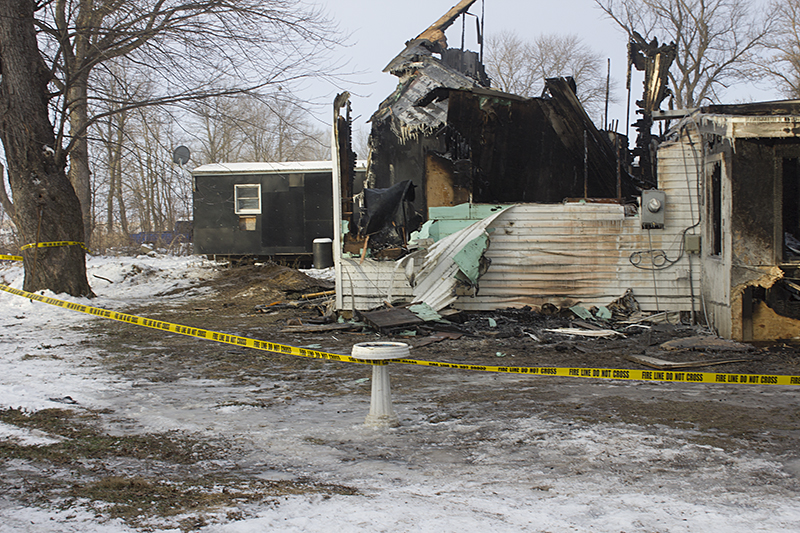 Walls were destroyed in the house fire that is believed to have started from wiring and space heaters. – Sam Wilmes/Albert Lea Tribune

A GoFundMe page introduced Wednesday for the people who were living in the home hopes to raise $10,000.