He was born Aug. 9, 1957, in Naeve Hospital of Albert Lea to Elsie and Richard Marlin, where he was raised. He attended Albert Lea High School until he graduated and began work as a forklift driver for Wilson & Co. 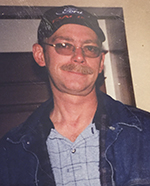 He was united in marriage to JoAnn Lindquist on July 25, 1981. Following the tragic burning of the plant, he worked for Freeborn Foods and then Cargill.

A humble soul, Steve’s hobbies included fishing, boating and riding motorcycles. He also had a love for music, basketball and spending time caring for his family and dogs.

He was preceded in death by his wife, JoAnn Marlin; and his grandparents.

Memorial services will be at 2 p.m. Monday at Our Savior’s Lutheran Church with visitation one hour prior.