A graveside service for Timothy J. Borst will be held at 2 p.m. Wednesday, at Hillcrest Cemetery. The Rev. Jeffrey Phelps will officiate. Bonnerup Funeral Service is assisting the family. 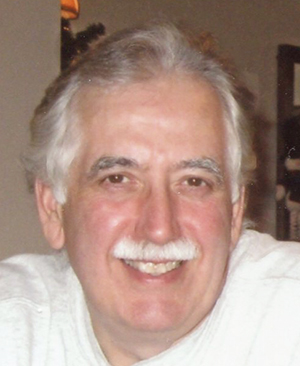 Timothy James Borst was born April 25, 1953, in Oshkosh, Wisconsin, to Erwin and Maxine (Koszarek) Borst. He grew up in Oshkosh and graduated high school from Lourdes Academy. He went on to obtain his degree in accounting as well as home inspection license. On Nov. 14, 1978, he was united in marriage to Gwen (Hahn) at Grace Lutheran Church in Albert Lea.

Tim came to Albert Lea in 1977 to manage the Singer Sewing Machine store at Northbridge Mall.

During his career, he worked at UBC Lumber Company, as an accounts manager at Good Samaritan Society, a home inspector and most recently at Renewable Energy Group in Mason City.

Tim and his wife, Gwen, were members of Crossroads Church; their faith was very important to them. In his early years, Tim was a Cub Scout, becoming a Boy Scout at age 12. Tim became an Eagle Scout by age 16. He belonged to Troop 44. Tim’s father, Erwin, was the scoutmaster. He was a member of the Order of the Arrow, which is the honor society for Boy Scouts. In his free time, Tim enjoyed working with his hands. He liked carpentry, even building his entire house on his own. He loved hunting, fishing and the outdoors. He cherished summers spent at his cabin on Tom Lake in Hovland. Most of all, Tim was a loving son, brother, friend, husband, father and grandfather. He loved the Lord and he enjoyed the gift of giving. Thirty-eight years of a loving marriage was a gift that Tim and Gwen shared. They loved each other very much.

He is preceded in death by both parents; a son, Timothy; and brothers Steven Borst and James “Jimmy” Borst.