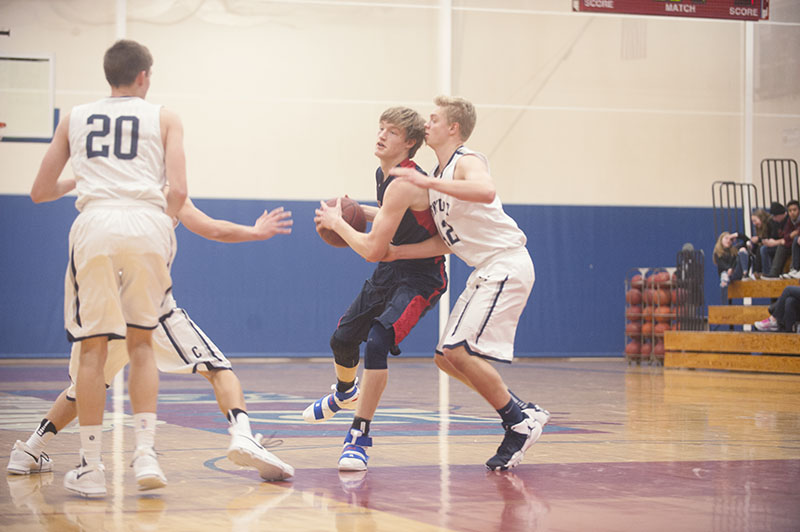 Albert Lea’s Jack Buendorf tries to penetrate Rochester Century’s defense, but was stopped by Luke Halverson (20) and Will Farm in the first half. Jarrod Peterson/Albert Lea Tribune

After suffering two losses on the road to start its season, the Albert Lea boys’ basketball team had its home-opener Tuesday night against Rochester Century.

The Tigers played with a lot of energy in the early going and were able to sustain it throughout most of the game, but turnovers and three-pointers hurt them in an 80-59 loss to the Panthers. 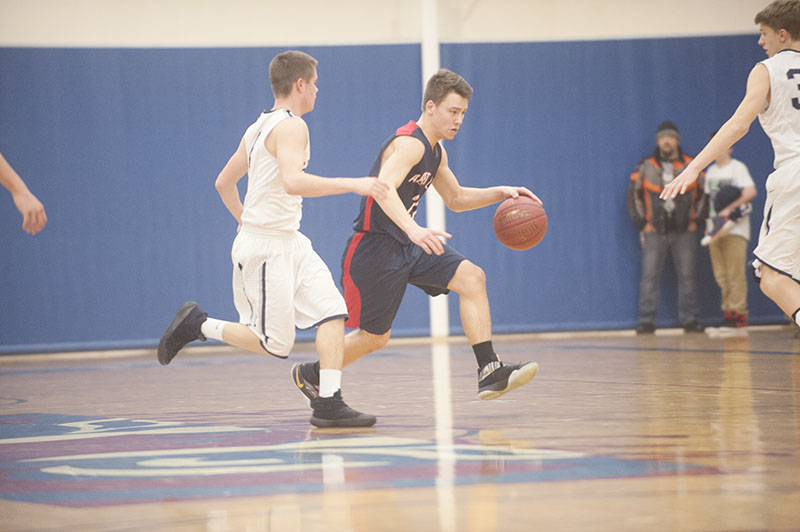 Albert Lea guard Tanner Wichmann tries to beat a Rochester Century defender as he crosses halfcourt in the first half Tuesday night. Wichmann led the Tigers with 19 points.

Albert Lea was down 16-10 with just over 11 minutes left in the first half when Rochester went on a 9-0 run, thanks to back-to-back triples from Will Farm. Farm buried four threes in the half and the Panthers hit eight in the first 18 minutes.

The Tigers could never get closer than 15 points the rest of the half.

But Albert Lea came out with more energy to start the second half and caught Rochester Century off-guard. Wichmann scored the first six points for the Tigers, but the Panthers’ Mustafa Muminovic blocked a shot off the backboard and then drilled a three-pointer on the other end to stop the Tigers’ momentum.

Over the next 14 minutes, Albert Lea could never get closer than 15 points.

The Tigers are now 0-3 on the season and the schedule doesn’t get easier. Albert Lea will face Rochester John Marshall, which averages 77.8 points per game, on Friday.