‘We wish we could help every single person’ 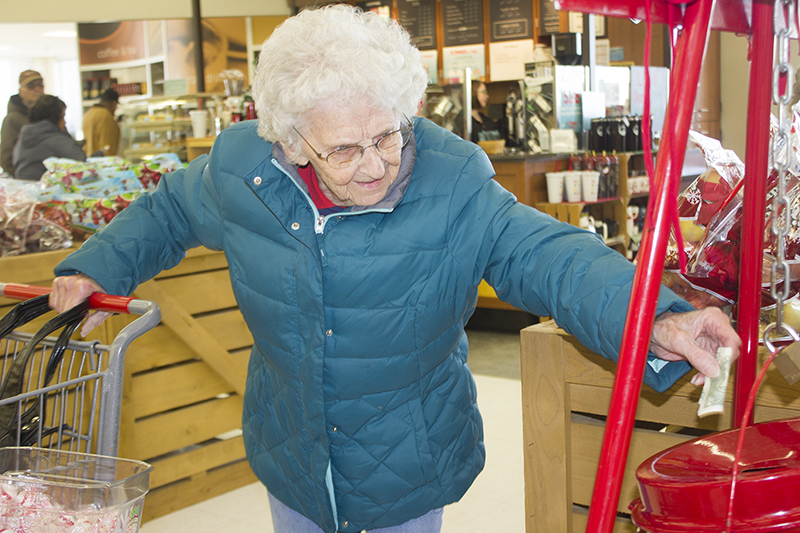 Salvation Army short of goal, hopes to make it by weekend

An Albert Lea Salvation Army official said donations to the organization’s Christmas campaign have been slow.

She is, however, thankful for the support the community has shown this holiday season.

Maj. Elsie Cline said the organization has raised 60 percent of its Christmas kettle campaign goal of $105,000, not including a $15,200 anonymous donation and a possible $5,000 matching grant from a business.

Cline, who is hopeful that the goal can still be met before the campaign ends Saturday, said the economy is playing a factor in the shortage.

“They don’t have it to give,” she said of community members. “A lot of people are hurting in this community.”

Cline is thankful of support for the campaign.

“The community is excellent,” she said. “They have been so helpful, so beneficial.” 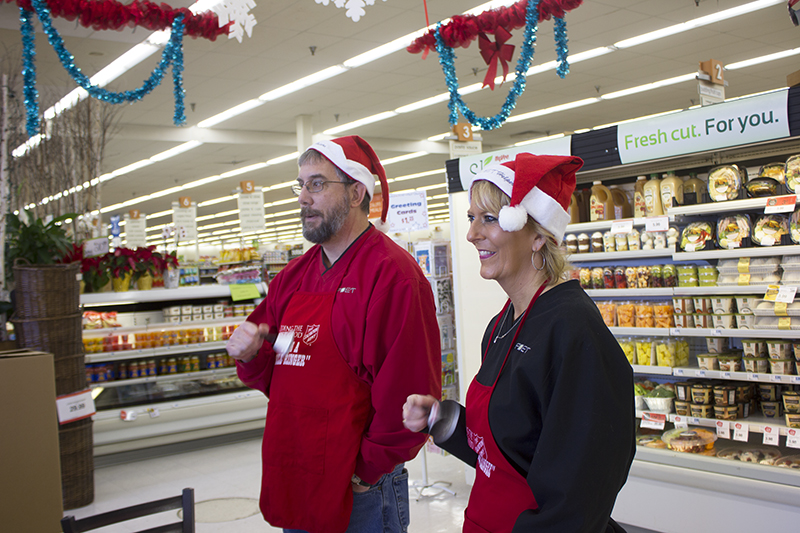 She is also thankful for volunteer bell ringers.

“Volunteers have done tremendous of volunteering, and we call and say ‘hey, can you fill in the slot,’” she said. “It’s been excellent.”

Cold weather has affected outdoor bell ringing at Walmart, Cline said, adding that she was pleased with how much money was raised Saturday during the Salvation Army’s “Double your donation.”

The Salvation Army provides disaster assistance, a food shelf and clothing and will provide winter coats, hats and mittens for people this winter. Youth activities and programs and English classes for non-English speakers are provided throughout the year.

The Salvation Army hosted a Thanksgiving meal this year, and the organization hosts meals from 11:30 a.m. to 12:30 p.m. Monday through Friday in its building at 302 Court St.

The amount of in-kind donations from the campaign is expected to be known next week.

Alden-Conger and Glenville-Emmons schools have contributed food to the organization. Albert Lea High School students and teachers helped raise $1,274 and nearly 600 pounds of food in November to help.

The Eagles Club presented the Salvation Army with a $500 check earlier this week.

“A lot of them say ‘Well, we can’t give in the kettle, but we can give two hours of bell ringing,’ and that’s wonderful,” she said. “And it’s just the idea of seeing the people that we help. A lot of them make you cry, because they are so overwhelmed.”

Belshan said she wished she could help every person in need.

“We wish we could help every single person that came through the door,” she said. “We can’t always do that, but we wish we could.”