Who wants to set legislators’ pay? Lots of Minnesotans 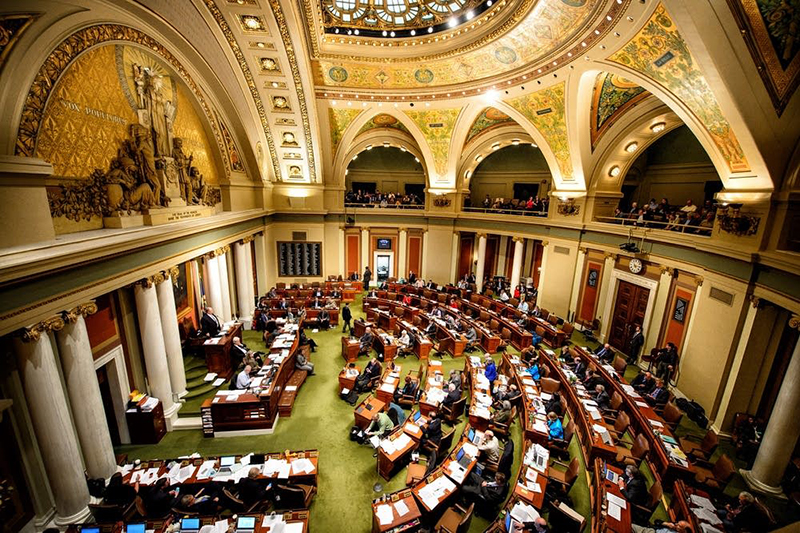 270 people apply to be on new Legislative Salary Council

A lot of Minnesotans want a say in how much state legislators get paid. They come from all walks of life. There’s a former police chief and a furniture store owner. There are entrepreneurs, union leaders, college professors and more.

Only 16 of the 270 applicants will be chosen to be inaugural members of the Legislative Salary Council. It’s a duty that was up to the Legislature until voters overwhelmingly opted to change legislative pay-setting via a constitutional amendment in last month’s election. But lawmakers have been reluctant to touch the topic since pay last increased in 1999.

The council must be appointed by Jan. 2, and it will convene its first meeting later that month. By March, the panel must decide if the $31,000 annual salary for 201 legislators stays put, goes up or declines.

DFL Gov. Mark Dayton will choose half of the members and Supreme Court Chief Justice Lorie Gildea will pick the rest. By law, each must choose one person from each congressional district. Half the seats will go to Republicans and half to Democrats.

Dayton supports raising lawmaker salaries, but he says he won’t make that a precondition of his selections.

“This is new territory but we’ll proceed,” he said. “And I want a fair-minded commission — people who are responsible and people with good judgment — and they’ll make their own decisions.”

The ballot question that led to the council was “cunningly worded,” said applicant Angela Sedlacek, who applied to be on the panel because she said she’ll keep tabs on it anyway.

“Facetiously I could say, ‘You know if you can’t beat them, join them,’” she said. “Since it was voted for and they are going ahead with this commission, I thought you know, it would be interesting to be on that.”

Sedlacek said she would go into the role willing to listen to arguments for and against a raise. She chairs a local Republican Party unit in Lakeville, is raising four sons that she homeschools and considers herself a professional volunteer.

David Zoeller also applied for one of the spots designated for a Republican. He’s a professor of accounting and finance at the College of Saint Benedict and St. John’s University. As a CPA who has worked in business, Zoeller said he could bring a valuable perspective to the council.

“I guess that I understand that it certainly is a political decision, and it is hard for the politicians who are in office to make that choice,” Zoeller said. “I suppose perhaps that’s the case, perhaps it will be used as cover. The point I’m thinking of is that people have got to get paid reasonably, and if this is the best way to do that, I guess so be it.”

Bryan Litsey, a Democrat, said he hopes the council can wall itself off from the politics swirling around the pay issue. He’s a retired suburban police chief and an ex-city council member. He knows whatever decision gets made will be second guessed.

“It was always difficult when the issue of compensation came up because people somewhat have a negative view of that anyway,” he said. “And then it’s like, ‘You’re voting yourself a raise’ and that doesn’t seem fair. Whereas the rest of us generally have to negotiate that and it’s generally up to our employer to make that decision.”

As for whether lawmakers deserve a raise, Litsey said he’ll have to look at the situation if he lands on the council.

“I believe I’m doing it for the right reasons … I have no hidden agenda or I have no ax to grind or anything like that,” Litsey said. “I just think it’s important that people that are willing to represent us — we have a representative government — that they be treated fairly.”

Supporters of the new pay process tried to put some distance between the decision makers and those with a strong Capitol presence. That’s why sitting and former lawmakers, their spouses, lobbyists, judges and legislative staff can’t be on it.

That said, some of the applicants are people who ran for the Legislature, but lost.

Others have a connection to the Legislature apart from marriage.

David Metzen is a former suburban school superintendent and a past University of Minnesota regent. And his brother was Jim Metzen, a longtime DFL legislator who died in office this year. David Metzen said he would not have applied to be on the council if his brother were still in the Senate, but he believes he can bring some practical experience to the council.

“I think I have a good understanding of what it takes to be a good legislator,” he said. “If the fact that my brother was a legislator disqualifies me, then so be it. I’m volunteering my time and if they want me, that’s fine and if not, that’s OK, too.”