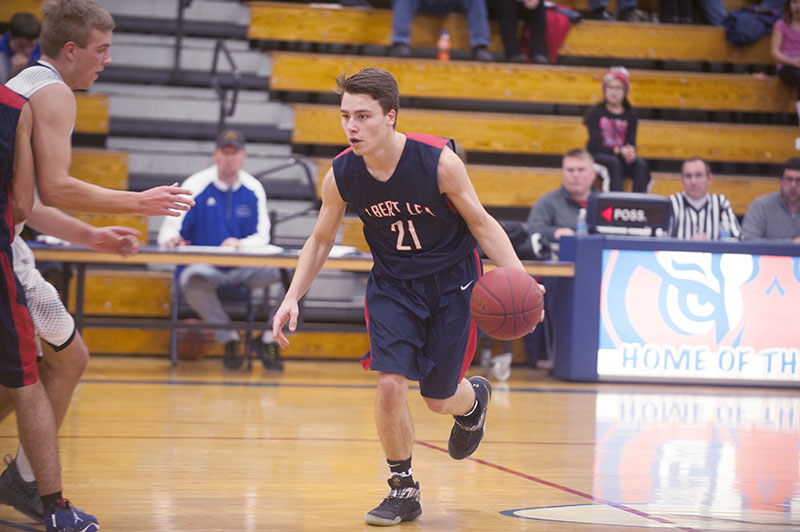 The Albert Lea boys’ basketball team had plenty of opportunities, but were unsuccessful in doing so during its game at home Monday night against Kasson-Mantorville.

The Tigers battled mistakes all night, but still kept themselves in the game thanks to hard work and determination.

With just over 12 minutes left in the second half, the Tigers completed their comeback, from down six in the first half, to finally take the lead on a jumper from the free throw line by junior Sean Wadding. 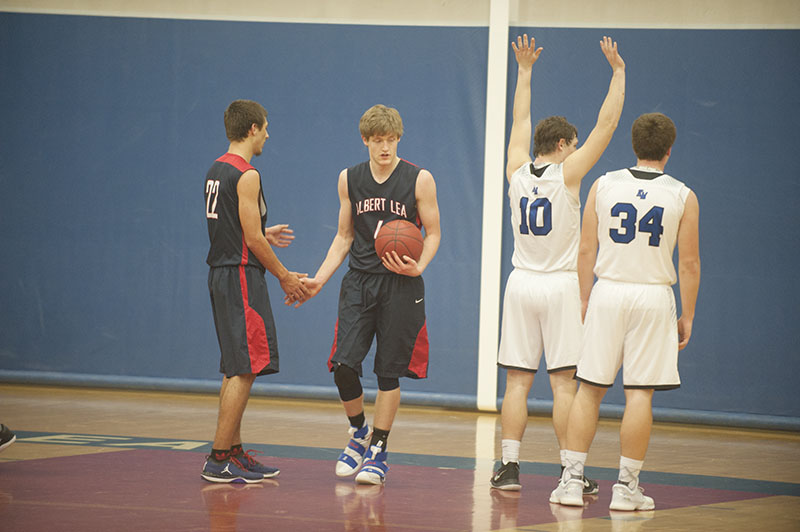 Albert Lea’s Jack Buendorf (middle) low-fives teammate Sean Wadding after he drew a foul on Kasson-Mantorville’s Brendan Knoll (10) in the second half Monday.

Up 38-36, the Tigers’ offense hit a dry spell, and the KoMets took advantage by making three straight layups to build a 46-39 lead.

Early in the second half, Tanner Wichmann supplied the Tigers with a nice string of offense. He scored seven straight points to bring Albert Lea to within a point at 35-34.

He scored 10 of the Tigers’ first 12 points in the second half.

Kasson-Mantorville played well in the first half, but Albert Lea’s energy kept the KoMets from growing their lead.

Albert Lea kept the deficit between three and six points, and was down six at half.