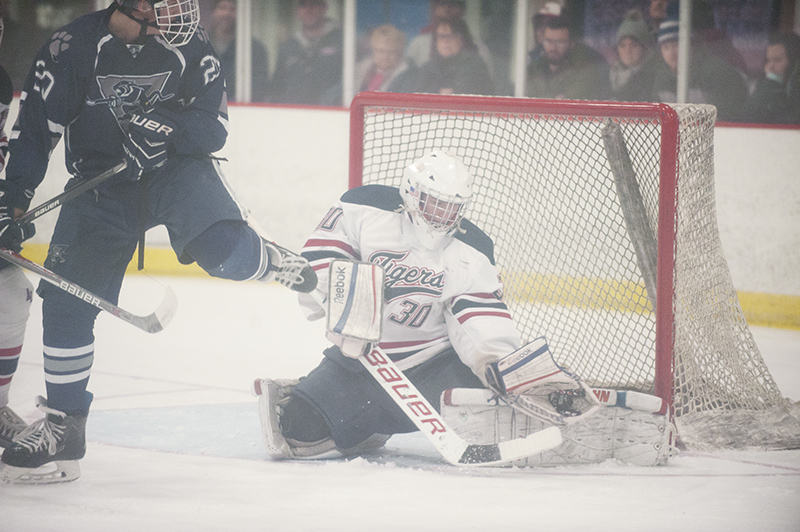 Three goals in a span of three minutes in the second period spelled doomsday for the Albert Lea boys’ hockey team Thursday night as it fell to Rochester Century 5-2.

The Tigers spent too much time in the penalty box and the Panthers made them pay.

Though the score was tied at 1 after the first period, the Tigers faced trouble in the second period. 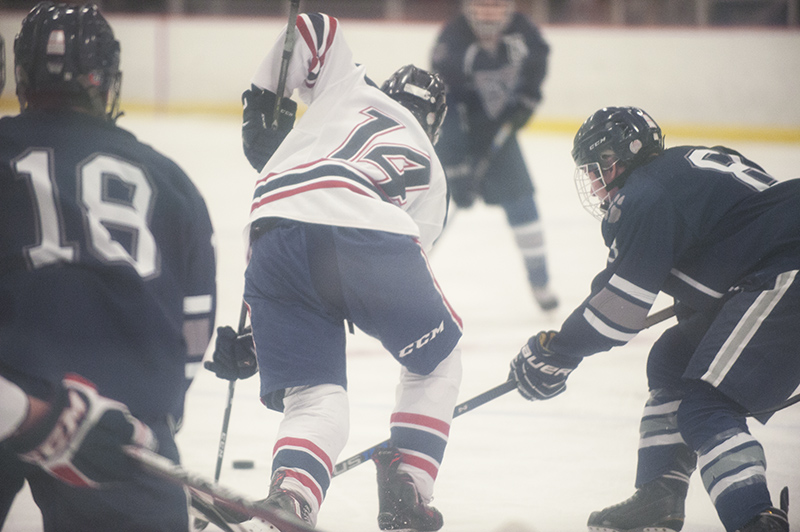 Albert Lea’s Alex Ulve (14) splits Rochester Century defenders as he tries to chase down the puck in the second period Thursday night.

Albert Lea was called for five  penalties in the period, and played 5-on-3 for a small portion of the period.

The Tigers did a good job killing off the first penalty, it eventually caught up to them.

Aney would end the period with a goal with 54 seconds left.

Albert Lea’s Bergan Lundak scored on the power play 10 minutes into the third period to cut the lead to 4-2. Lundak also scored Albert Lea’s lone goal in the first period.

But Aney would complete the hat-trick with 49 seconds left in the game.

The loss was the sixth in seven games for the Tigers and their fourth straight in Big Nine Conference play.

Albert Lea will host Austin on Saturday, which is Hockey Day in Albert Lea.

Puck drop is scheduled for 5 p.m.