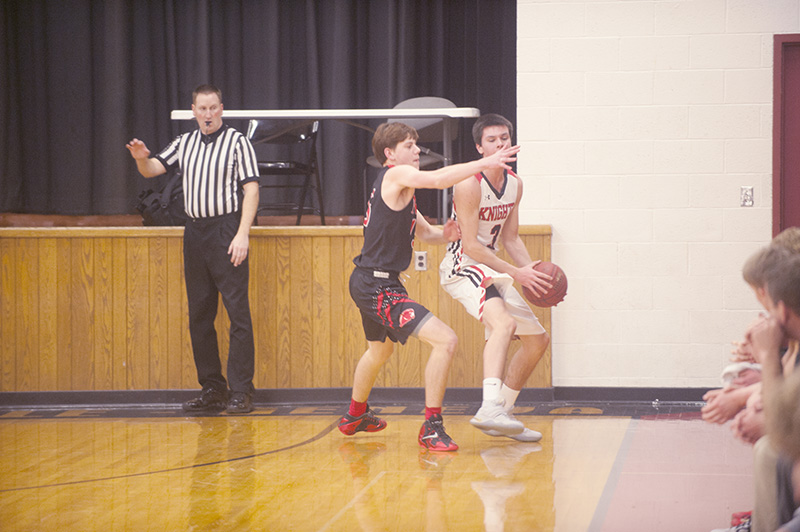 NEW RICHLAND — The game between NRHEG and Kenyon-Wanamingo in boys’ basketball was hardly in doubt Tuesday night.

Kenyon-Wanamingo started the game in 1-3-1 zone defense, but NRHEG’s quick ball movement and ability to find the open man made it difficult for the defense to keep up.

NRHEG big man Tyler Raimann had a big night — 21 points and nine rebounds — including a dunk to open the game, to pace the Panthers. Being Lundberg finished with 12 points on four three-pointers. 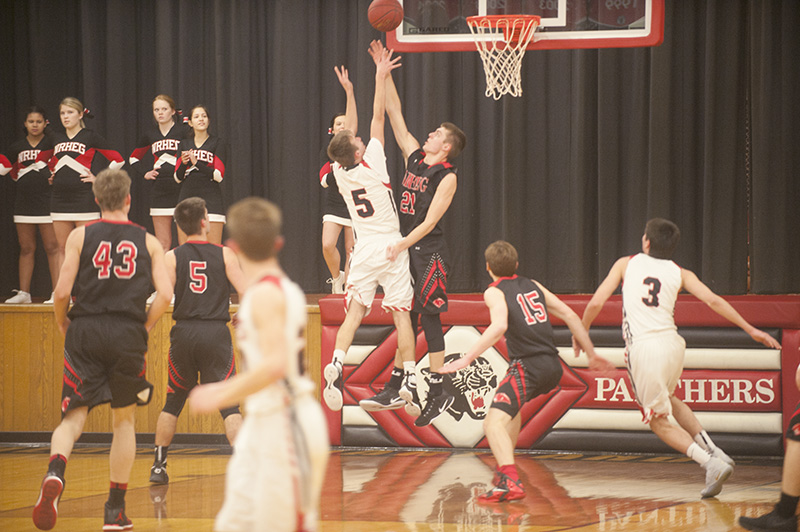 Kenyon-Wanamingo’s Jack Beulke goes up for a shot against NRHEG’s Oakley Baker in the first half Tuesday night.

NRHEG jumped out to a 20-6 lead in the opening of the first half, and stretched the lead to 20 points on a Raimann and-one. Chad Agrimson buried a three off an offensive rebound, one of 12 the Panthers hit on the night.

NRHEG will host a big game Thursday against rival Waterville-Elysian-Morristown.