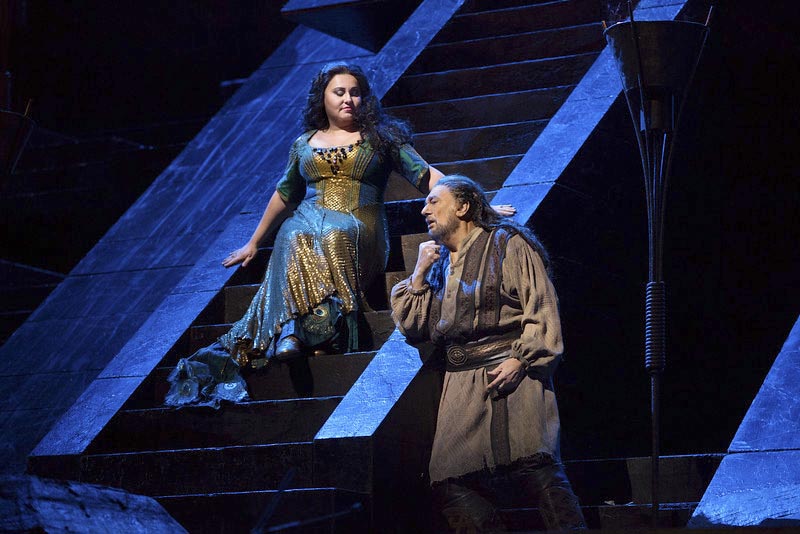 Verdi’s “Nabucco” will be transmitted live Saturday to the Marion Ross Performing Arts Center as part of the 11th season of the Metropolitan Opera’s Live in HD series.

The libretto is based on biblical stories from the Book of Jeremiah and the Book of Daniel. The opera’s Nabucco character is a composite of historical and biblical Nebuchadnezzar II, Nabonidus and Cyrus. Liudmyla Monastyrska sings Nabucco’s alleged daughter, the ambitious Abigaille; Jamie Barton as Fenena, Nabucco’s heroic daughter; Russell Thomass as Ismaele, nephew to the King of Jerusalem; and Dmitry Belosselskiy as the high priest of the Jews, Zaccaria.

Nabucco, King of Babylon, leads an army to Jerusalem, determined to conquer the city and enslave the Israelites. Abigaille, Nabucco’s daughter, arrives just before the approaching army and offers to save the Israelites — but only if Ismaele, nephew of Jerusalem’s king, will return her love.

He refuses, for he is already in love with Abigaille’s sister Fenena, who is being held hostage by the Israelites and has converted to Judaism. Abigaille swears vengeance as Nabucco arrives and orders the Temple of Solomon burned to the ground. Back in Babylon, Abigaille discovers she is not actually Nabucco’s true daughter, but instead the daughter of slaves. Worried that someone will find out and keep her from ruling Babylon, she plans to steal the throne from Nabucco and Fenena. Just after she declares herself queen, Nabucco enters, and, furious at her treachery, proclaims himself not only king but god. At this, he is struck by a thunderbolt and driven insane. With no one in her way, Abigaille orders the execution of the Israelites, including Fenena. Desperate to save his daughter, Nabucco prays to the God of Israel, promising to convert the entire Babylonian empire to Judaism. His prayers are answered: his sanity is restored and he arrives just in time to stop the execution of Fenena and the Israelites. Abigaille, full of remorse, poisons herself, and Nabucco frees the Israelites.

The opera is sung in Italian with English subtitles and runs approximately 2 hours and 50 minutes. 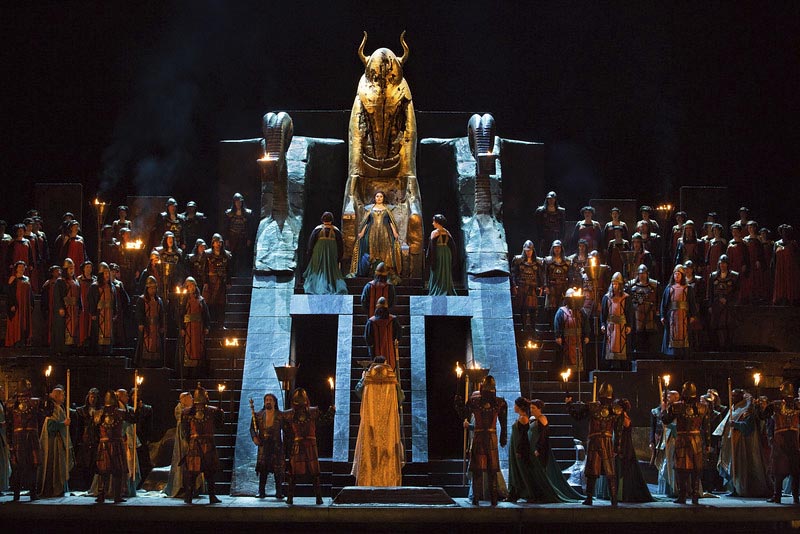 People are invited to attend the Full Draw Archery Club 3-D Tournament from 3 to 9 p.m. Saturday and from 8 a.m. to 3 p.m. Sunday.

There will be 30 animals at unmarked distances, of which three will be on a moving rail and three will be pop-up targets. New moving fish have been added.

3. Cash and can collection for Eagles Cancer Telethon

The Help Fight Cancer 16th annual drive-by cash and aluminum can collection will begin at 8 a.m. Saturday at the Eagles Club in Albert Lea.

There will be a pool and cribbage tournament starting at 10 a.m., a bake sales and a hot beef sale from 11 a.m. to 1:30 p.m. and a silent auction starting at noon.

A live auction will begin at 4:30 p.m. with supper to follow.

People who cannot drop their cans off are asked to call 373-1162 for can pickup.

All proceeds will go toward cancer research.

People who wish to donate food or other items for the silent auction can bring them to the club Saturday morning or call 377-2748 to have them picked up.

Parents are invited to bring their children 5 and younger to the Fit for Kids event on Saturdays at Northbridge Mall during the month of January.

There will be parachutes, an obstacle course, ball play and yoga adventures.

People are asked to register ahead of time for the event through Albert Lea Community Ed.

American Legion Post 56 will host a breakfast from 8 a.m. to 12:30 p.m. Sunday at the Legion on North Broadway.