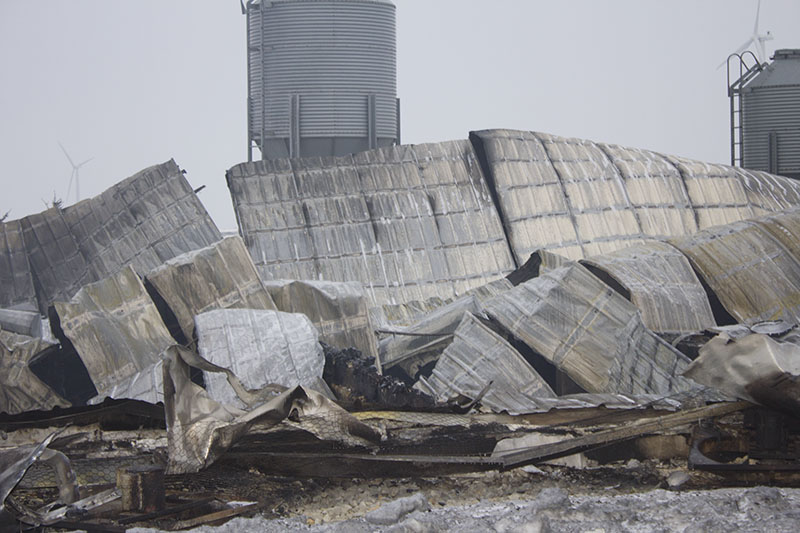 HARTLAND — Between 7,500 and 8,000 pigs perished Saturday after a pig barn was destroyed in a fire southeast of Hartland.

The fire spread up the wall and into the ceiling throughout the building.

Beenken said the nursery barn for feeder pigs was completely engulfed when he first arrived on scene, and he was there for nearly four hours.

The cause of the fire has not been released.

No human injuries were reported in the fire, and damage was limited to the barn.

The Salvation Army assisted on scene and provided sandwiches and hot chocolate. A rehabilitation trailer was also available to help firefighters who battled the fire in sub-freezing temperatures.

Firefighters were called back out to the scene at 11:30 a.m. Sunday after the building reportedly started back on fire. It was still smoldering this morning. 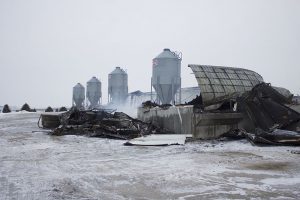 The State Fire Marshal’s Office has been called in to assist in the investigation.