MASON CITY — Court documents shed new light on the moments after Mason City police were called to a double homicide in the city’s Highland Park neighborhood.

The documents, part of a search warrant application, contain details of what police say they saw, heard and found while responding to a report of a shooting Nov. 17 at 1620 N. Hampshire Ave.

Investigators found Caleb Christensen, 37, and Mindy Kavars, 54, both of Mason City, dead inside the home. 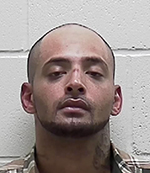 A male witness was injured, but survived.

Peter Veal, 30, of Lake Mills has pleaded not guilty to two counts of first-degree murder and one count of attempted murder.

Although the search warrant application was written the night of the killings, it was not made public until mid-December.

The witness, Christensen’s cousin, called 911 and said Veal had shot his cousin and then hit him, the witness, in the head with a pistol, according to the documents.

Police found Christensen dead on the floor of the living room. Kavars was slumped over the left side of a recliner.

Blood was spattered on the walls and floor, according to the search warrant, and there were footprints.

An autopsy later determined Christensen died from stab wounds and Kavars from a single gunshot wound to the chest and neck.

Two officers, Roungaroun Phaiboun and Josh Stratmann, wrote that they attempted to provide first aid to the victims but could not detect any signs of life.

Phaiboun spotted a handgun on the floor between the recliner, where Kavars was sitting, and the night stand next to it. The gun did not have any rounds in the chamber but there were bullets in the magazine, he noted.

The reports do not say if police believe that gun was used to shoot Kavars.

Investigators took a Walther handgun, a magazine and four unfired rounds as evidence, according to the search warrant return.

The return, an itemized list of what was taken, also notes an unfired round found on the living room floor, a metal fragment, a shell casing, blood samples and clothing.

Investigators also collected a container of a white crystallline substance or powder from the end table in the living room and a glass vial filled with a leafy substance.

A police officer reported seeing a meth pipe on the floor next to Christensen’s body.

Veal was spotted about four blocks from the home.

He ran and was caught a few blocks away, behind a house at 12th Street Northeast and North Carolina Avenue, according to a police report.

The documents do not say if Veal said anything to officers who took him into custody.

His attorneys, assistant public defenders Nellie O’Mara and Steven Kloberdanz, could not be reached for comment Tuesday.

A staff member who took messages for them on Tuesday said both were in court.

Veal, who was taken to a hospital after his arrest, was handcuffed to his bed when police arrived about 5 a.m. to pick him up, according to the documents.

Originally slated to go to trial next week, Veal’s case was delayed so he can undergo a psychiatric assessment to determine if he is mentally fit to stand trial.

His mother, Leann Veal, testified at a court hearing earlier this month that her son had a history of paranoia and delusions.