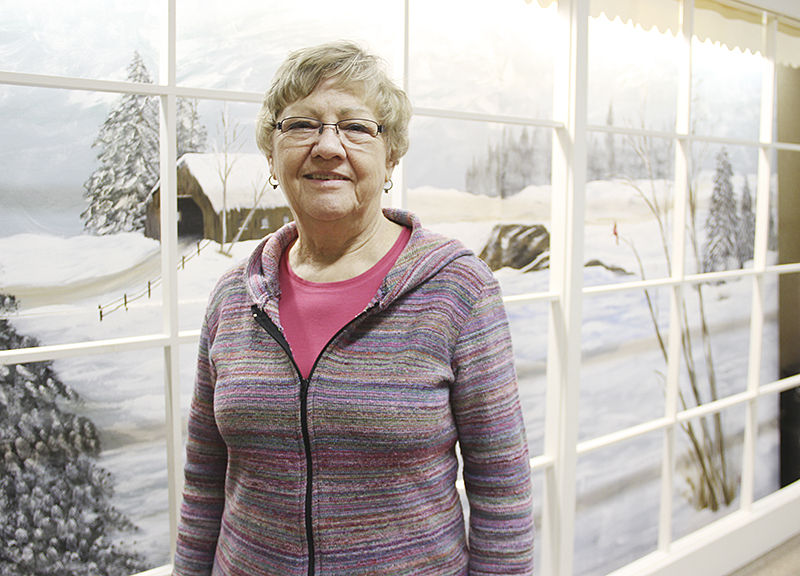 Darlyne Paulson of Albert Lea is the featured artist this month at RedRock Center for the Arts in Fairmont. Paulson began painting in 2010 and has two pieces on display at First Presbyterian Church, including the one pictured behind her. Sarah Stultz/Albert Lea Tribune

It started with oil painting in a Bob Ross hobby class put on through community education, and she was hooked.

In the six years that followed, she has taken numerous classes to expand her skills, and now she is showcasing her work in her first-ever solo exhibition at RedRock Center for the Arts in Fairmont. 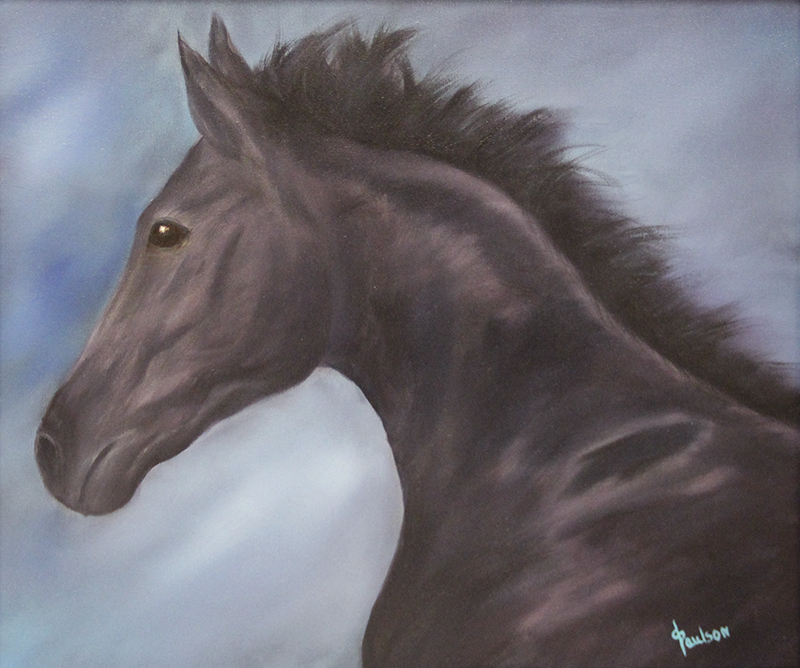 Paulson’s oil and acrylic paintings are on exhibit this month at the Fairmont art center. The exhibit runs through Feb. 9.

Paulson, who is also a member of The Albert Lea Art Center, said after she took her first class in 2010, she continued to take Bob Ross certification classes in Waseca — including classes on landscape, floral and wildlife.

During her travels to Sedona, Arizona, she became certified in floral under Gary Jenkins, host of the popular PBS television series, “The Beauty of Oil Painting.”

A painting convention took her to Las Vegas, where she explored floral and portrait oil painting even further.

Last February, she began painting in acrylics after spending a few days in Skiatook, Oklahoma, taking lessons from Jerry Yarnell, who is known for his television series, “The Inspiration of Painting.”

Though she enjoys painting a variety of themes, animals are among her favorite subjects to paint.

She has also created several large-scale paintings for her church, First Presbyterian in Albert Lea. 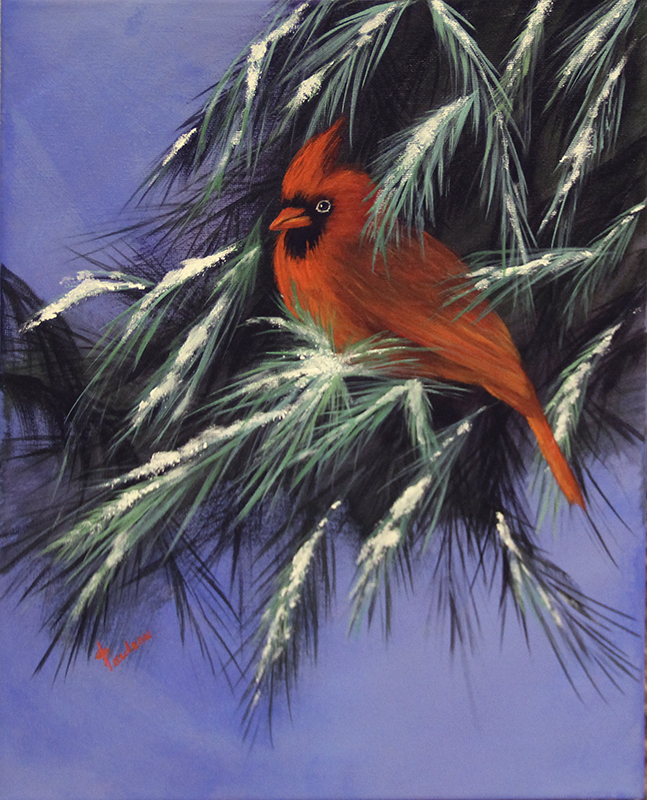 Paulson began painting in 2010 and has been hooked ever since. Sarah Stultz/Albert Lea Tribune

She said she enjoys painting because it is relaxing.

“I can forget everything that’s going on,” she said.

She estimated there will be about 35 pieces on display during the show. A few others will be on display at The Albert Lea Art Center during the same time frame for the All-Member Show.

Paulson said she enjoys painting as often as she can — sometimes it’s more frequently than others.

Paulson and her husband, Lyle, have three sons and seven grandchildren.

She is the treasurer at First Presbyterian and enjoys golfing, traveling and reading.

A meet-and-greet artist reception will be from 1:30 to 3 p.m. today. During this time, people can view the artwork, visit with Paulson, watch as she demonstrates some of her techniques and enjoy light refreshments.

Where: RedRock Center for the Arts in Fairmont