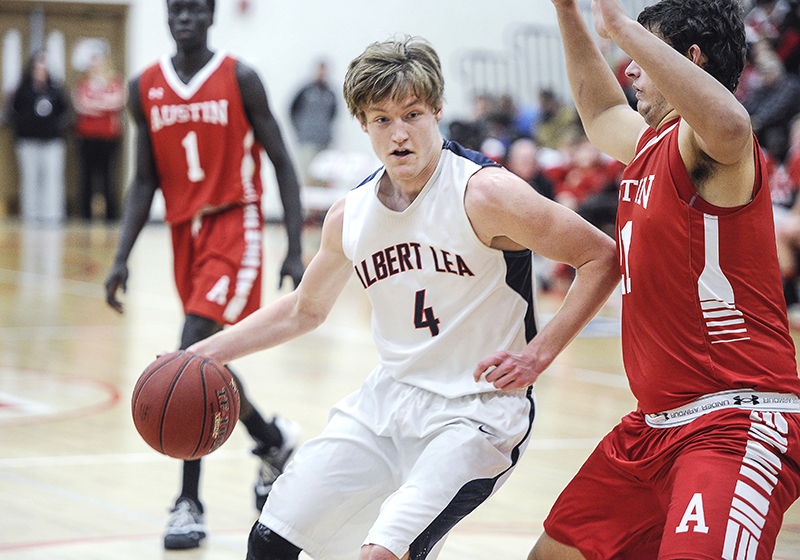 Albert Lea’s Jack Buendorf works his way inside during the second half against Austin in Austin Friday night. Eric Johnson/photodesk@austindailyherald.com

Things didn’t go well for the Albert Lea Tigers against Austin on Friday night, especially in the first half.

Things didn’t get much better for the Tigers in the second half, as scoring and defense continued to be a problem on their way to a 71-24 loss in Austin.

Albert Lea found itself down 12-10 with just over 10 minutes remaining in the first half, but that’s when Austin turned on the jets.

The Tigers scored two points over the final 10 minutes of the half, and a two-point deficit ballooned into a 30-point hole.

Big Nine Conference play hasn’t been kind to the Tigers. Austin dropped Albert Lea to 0-9 in the conference and its eighth loss by at least 20 points.

Albert Lea is still in search of it first win of the season.