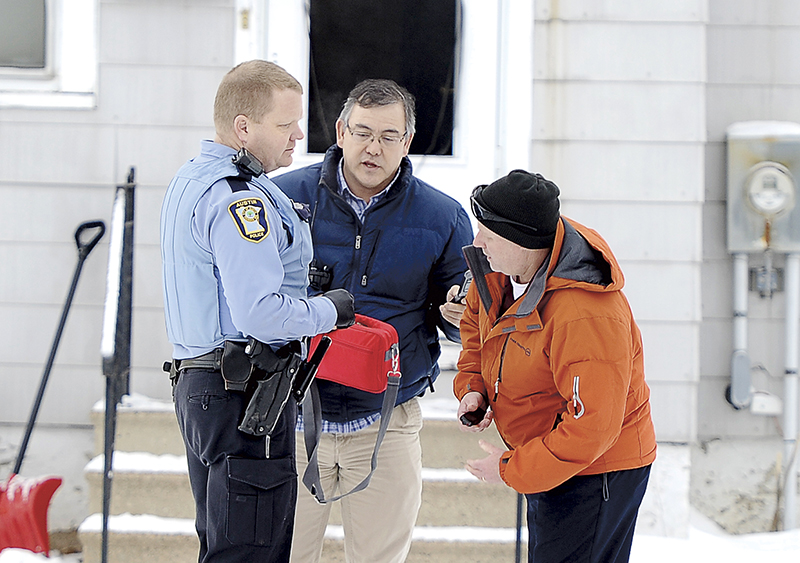 AUSTIN — The Minnesota Department of Public Safety Bureau of Criminal Apprehension has released the names of a man who was killed during a domestic incident on Wednesday in Austin and the officer who shot him.

Law enforcement from the Austin Police Department and the Mower County Sheriff’s Office responded to a 911 call about a domestic disturbance involving a person with a knife at about 3:30 p.m. Wednesday at the 10th Avenue address.

According to the BCA’s preliminary investigation, when a woman who had been visiting Johnson at his home informed him that she was leaving, Johnson produced a knife, refused to allow her to leave and forced her to the upper level of the home.

When the officers and deputies entered the home, they made verbal contact with Johnson. Johnson said that if they attempted to come to the second floor of the home, Johnson would “cut her.” When the woman began screaming law enforcement attempted to climb the stairs to the second level. Johnson began throwing items down on them, striking Norman with a window unit air conditioner and a glass bottle. Norman fired his weapon, striking Johnson.

Norman was taken to Mayo Clinic Health System in Austin where he was treated for his injuries and released. The woman was not stabbed but had been assaulted prior to law enforcement arriving on the scene. The BCA did not say whether she required medical treatment.

Norman has been with Austin Police Department for 14 years. He was placed on standard paid administrative leave. No other law enforcement officials fired weapons during the incident.

BCA crime scene personnel recovered several knives and blades at the scene. There is no body-worn camera or other video of the incident.

The BCA is investigating the incident at the request of the Austin Police Department. Once the investigation is complete, the BCA will turn its findings over to the Olmsted County Attorney’s Office for review.