Beverly was born Feb. 2, 1921, in Winona, to Garld and Jessie (Stedman) Harvey.  She was graduated from Winona Senior High and Winona Secretarial School. Bev was employed at First National Bank as a bank clerk. On Aug. 19, 1952, she married Bernard “Barney” Murtaugh. Barney’s employment as a teacher took them to various communities in southern Minnesota. After spending 30 years in Albert Lea, they retired to Winona in 1985 and have been long-term members of Central Lutheran Church. 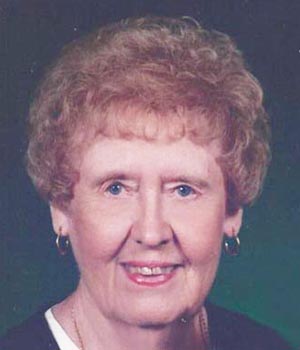 Beverly and her dear Barney were devoted caregivers for their elderly parents, Jessie Harvey, 97, in their home and Emma Murtaugh, 81, at Winona Community Hospital for years before their deaths.

Knitting was a daily activity Beverly enjoyed. Creating beautiful cardigan sweaters for Barney was a particular skill. Barney is continuing to wear them proudly.

Barney will miss his sweetheart of 64 years. May she be remembered and blessed always.

She was preceded in death by her parents Garld and Jessie Harvey; brother Lyle (Pat) Harvey; and niece, Margaret Ann Reupert.

Funeral services for Beverly will be at 10:30 a.m. Saturday at Fawcett Junker Funeral Home in Winona. The Rev. Wade Davick of Central Lutheran Church in Winona will officiate. Interment will be at Woodlawn Cemetery in Winona. Visitation will begin one hour prior to the service at the funeral home.