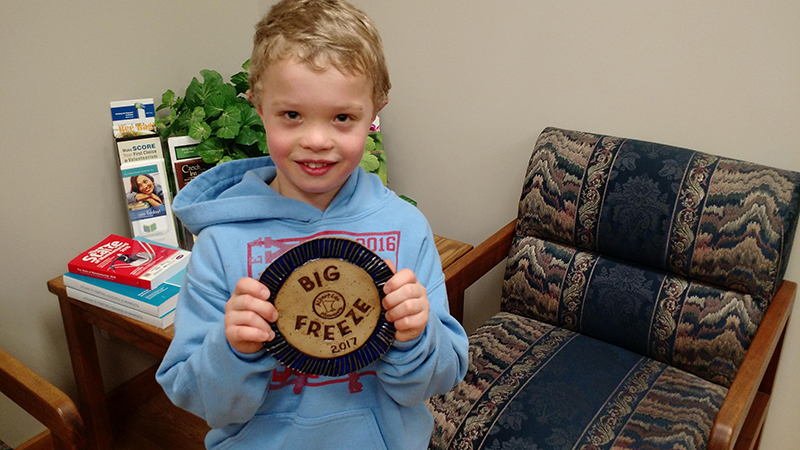 Ulve with the medallion. — Provided

Seven-year-old boy Casey Ulve has found the Big Freeze medallion at Edgewater Park. Ulve and his twin brother were looking for the medallion with their grandmother when he found the medallion in a bush by the east gate of the park, according to the Albert Lea-Freeborn County Chamber of Commerce. Ulve was rewarded with $300 in Chamber Bucks.