Daryl Leon Toenges, 74, of Norwood Young America passed away on Jan. 15, 2017, in Mesa, Arizona. Daryl and and his wife, Jean, reside in Mesa during the winter months and Norwood during the summer.

Daryl was born Oct. 19, 1942, in Albert Lea. He attended and graduated from Alden High School and Mankato Commercial College with a degree in accounting. Daryl married Jean Hoyt on Oct. 27, 1963. He served in the United States Army from 1966 to 1968. 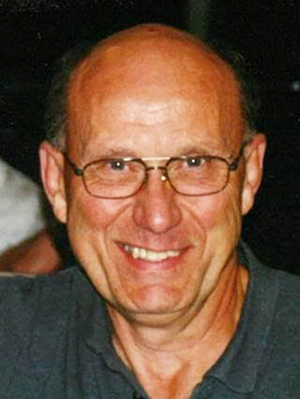 Daryl thrived on attending his grandchildren’s sporting events and activities. He was the one that always gave the encouragement to try and do different things in life and experience them to their fullest. He enjoyed coming to the farm and helping with anything big or little and also enjoyed the woodworking projects, painting, golfing, traveling, friends and anything else to keep him busy.  He was active in Jaycees, his church and the planning commission for the city of Norwood Young America. Daryl was a loving, caring, supportive husband, father and grandfather.

He was preceded in death by his parents Linde and Leon Toenges; grandparents William and Marie Toenges.

Services took place at 2 p.m. Jan. 19 at Victory Lutheran Church, 5946 E. University Drive, in Mesa. There will be additional services scheduled in Minnesota upon the families return.  Daryl will be laid to rest in Greenwood Cemetery in Glenville. Arrangements are under the direction of Mariposa Gardens Memorial Park and Funeral Care in Mesa.