Memorial services for Donald LeRoy Meyer of Hartland will be at 11 a.m. Tuesday at Grace Lutheran Church in Albert Lea. The Rev. Shane Koepke will officiate. Visitation will be 4 to 7 p.m. today at Bonnerup Funeral Service in Albert Lea and one hour prior to the service at the church. Interment will be in the Hartland Cemetery. 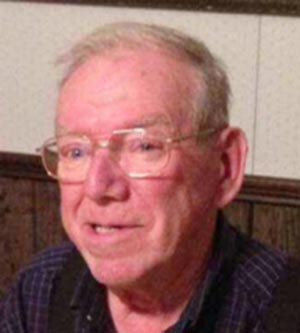 Donald died from complications of Parkinson’s on Friday, Jan. 6, 2017, at Beacon Assisted Living in New Richland. He was 87.

Donald was born on Feb. 14, 1929, in Albert Lea, the son of Herbert H. and Florence (Seberson) Meyer. He attended Albert Lea High School. On June 4, 1950, he was united in marriage to Ona Knudson at the Cross of Glory Lutheran Church in Hartland. Donald worked over the years as a mechanic, drove delivery for Drug Supply, Coast to Coast hardware store, Heritage Design Pottery and farmed for many years for Neil Schlaak.

Donald was a Cub Scout and Boy Scout leader for many years and enjoyed bowling, fishing, farming and woodworking.

He was preceded in death by his parents; mother and father-in-law Ole and Hilda Knudson; and brothers-in-law Laverne Bowman, Harold Aase and Harold Knudson.