Memorial services will be at a later date for Faustino Moreno Jr. of Albert Lea, who died Sunday, Jan. 22, 2017, at his home in Albert Lea. He was 49. 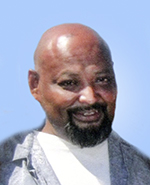 Faustino was born Dec. 28, 1967, in Lockney, Texas, the son of Faustino Pichardo Moreno Sr. and Juana Alfaro Moreno. He graduated high school in Texas. He was united in marriage to his wife, Kathleen, and later divorced. Faustino had resided in Albert Lea since 1991 and had been self-employed, owning his own auto detail business serving local dealerships and area residents.

In his free time he enjoyed fishing, boxing, fixing cars and helping his family, friends and neighbors.

Faustino was preceded in death by his parents; brother, John; and sister, Mary.