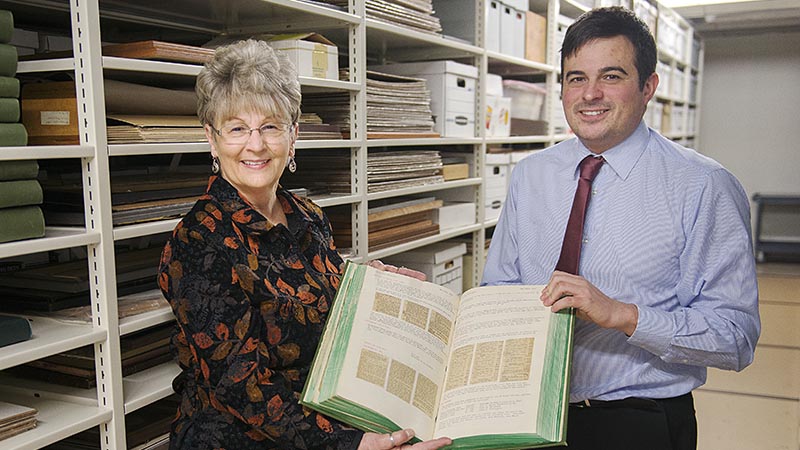 Nearly 15,000 pages of historical city documents are available for viewing at the Freeborn County Historical Museum, thanks to a grant and the work of museum staff, volunteers and Albert Lea officials.

The museum was awarded a Legacy Community Collaboration grant from Southeastern Libraries Cooperating in April to scan, preserve and store public records from the city. The museum was provided a $7,000 grant from the city and $7,000 from SELCO for the scanner used in the project and for the hours used to scan the documents. Six hundred and sixty-five hours of scanning time helped made the plan a reality.

She said the project will benefit the city and museum.

“It’s always good to have things in more than one location,” Mulso said. “It’s now more up to date because a lot of people like to research digitally. They’ll be able to do that, rather than having to look at the books. They can actually look at them on the computer.”

Five books still needed to be completed as of Tuesday, and will be with the help of staff members, Mulso said. 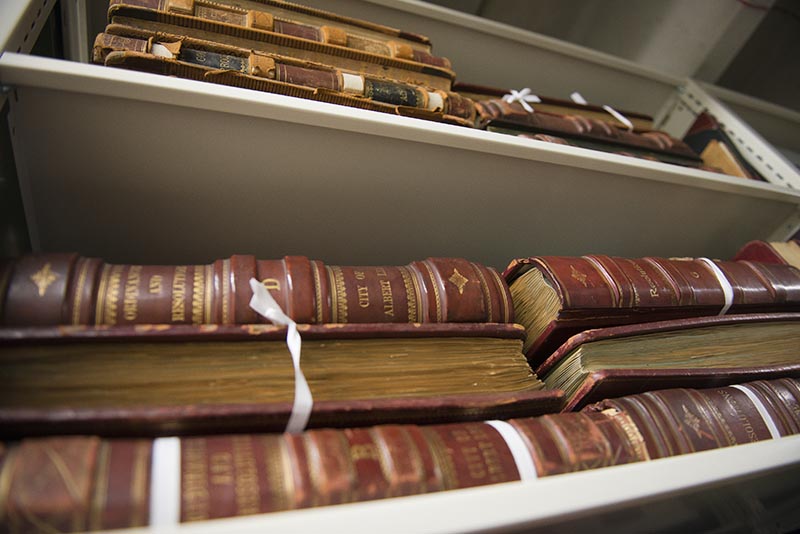 The city of Albert Lea will also have a digital copy of the documents.

“If not for the grant and the staff and the knowledge that the staff has, those documents would probably still be sitting in our vault unscanned,” he said. “Six hundred and sixty five hours is a very long time. We’re very grateful that everybody here was able to help us.”

The documents are scanned at museum quality. Volunteers are changing files into JPEGs so they can be printed like a photograph. Scanned indexes are available.

For museum members, viewing the documents is free. For nonmembers, it is $7.50 a day. A yearlong membership to the museum is $35.

“By collaborating with other things within the community, we’re not only building up our resources, but also preserving theirs,” Mulso said.

The city and museum plan to continue to collaborate to make public documents more accessible to the public.

Gabrielatos said the collaboration could serve as an example to other cities.

“I think this could be a model for how other cities archive their documents,” he said. “Finding a partner like the museum so that we could do that.”