Guest Column: All should be able to agree on farmer tax credit

Minnesota farm communities are being hit by the perfect storm: low commodity prices, high land values and aging schools. It is not fair to stick farmers with big property tax bills, or leave students with outdated classrooms. That is why we are proposing a tax credit to provide Minnesota farmers immediate relief from rising agricultural property taxes. 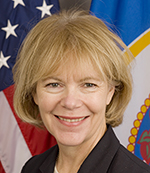 Minnesota students need the best possible schools. However, state school funding has not kept up with the needs of our students over the last 15 years. The deficit has forced many rural school districts to pass local property tax levies to fund basic needs like building improvements and classroom technology. And school district levies have fallen disproportionately on farmers in communities without significant high-value land.

For family farmers, like David Kragnes, the cost of levies has been significant. David, his mother and three sisters raise soybeans and corn on a 1,300-acre farm in Felton. In 2015, voters in the Moorhead School District passed a $78 million levy to pay for new school construction. Afterwards, David said, his property taxes increased roughly $4 an acre or an additional $2,600 a year for the acreage within the Moorhead district. 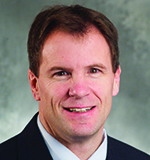 The heavy burden makes it challenging for rural schools to secure the funding they need for basic needs.

In 2016, the majority of levy referendums put to rural voters failed, while the majority posed to city voters passed. This puts students in school districts like Barnesville and Dilworth, where referendums failed, at a disadvantage to their metro peers.

Our tax credit plan would cover 40 percent of property taxes attributable to school district debt levies for Minnesota farmers. Approximately 74,000 farmers would be eligible for the credit, which would save them nearly $34 million in property taxes.

There is a lot of talk about partisan divisions in our state and country, but this tax credit is something we all should be able to agree on this year. Please contact your legislator. Urge them to support this ag property tax credit and provide Minnesota farm families the relief they need.

Senate Report: What has been happening in the final days of the session

Ask a Trooper: Are animals allowed on motorcycles?

My Point of View: Women aren’t the only targets of the Republicans