Guest Column: Citizens are responsible to protect the republic

My Point of View by Carol Nelson

Carol Nelson is a volunteer with the Freeborn County Republican Party.

This is the week that comes every four years following a presidential election. The president-elect takes the oath of office to do to the best of his ability to preserve, protect and defend the Constitution of the United States. Every president since the founding of America has taken the exact same oath. The inauguration marks the beginning of a new four-year term. 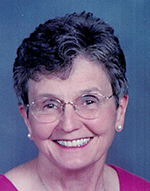 Other countries sometimes shed a lot of blood as governments rise and fall. But here in America, power is handed from one leader to another without violence. In the last two or three weeks I’ve heard many speak of the “peaceful transition of power.” Among them were President Obama and Nancy Pelosi. I wonder if we in America think how blessed we are to live in this place of freedom.

The men who developed our Constitution didn’t think about political parties, but they did know there was always conflict between people and groups. Article 1, Section 4 and Article 2 Section 1 of the Constitution call for elections that enable the peaceful transition of power between the groups.

During United States history, there were at least three elections that were so close there were issues. In 1876, Hayes and Tilden. Tilden conceded. In 1960, John F. Kennedy and Richard Nixon was very close. Nixon supporters wanted him to fight it, but Nixon conceded peacefully saying, “Our country cannot afford the agony of a Constitutional Crisis.” In 2000, George W. Bush and Al Gore. Rather than continue the fight, Gore conceded saying, “While I strongly disagree with the court’s decision, I accept it.”

America has been a great experiment of self-government, and it depends on good-faith cooperation. Following the Constitutional Convention, a woman stopped Benjamin Franklin and asked, “What kind of government did you give us?” He responded, “a republic, if you can keep it.” It is the citizen’s responsibility to be informed, so we can make wise decisions. We can protest it, criticize it, but if we lose an argument or an election, we must accept it. This is what America has always done. That is why we still have this republic the founders in their genius laid out for us in the Constitution.

Americans often take this for granted, but if you look at the history of England, Spain, France, Central American countries, China, North Korea and others, we are more than blessed. It behooves our citizens to take our responsibility seriously to preserve our republic.

In conclusion, I will leave you with a quote from Ronald Reagan’s first inaugural address:

“To a few of us here today this is a solemn and most momentous occasion, and yet in the history of our nation it is a commonplace occurrence. The orderly transfer of authority as called for in the Constitution routinely takes place, as it has for almost two centuries and few of us stop to think how unique we really are, in the eyes of many in the world, this every four-year ceremony, we accept as normal, is nothing less than a miracle.” — Sourced from the National Constitution Center