Funeral services for Harriet I. Broskoff will be at 11 a.m. Saturday at East Freeborn Lutheran Church. The Rev. Matt Griggs will officiate. Visitation will be from 5 to 7 p.m. today at Bonnerup Funeral Service in Albert Lea. A private burial will take place in East Freeborn Cemetery.

Harriet I. Thompson was born Nov. 21, 1924, to parents Herbert C. and Ida A. (Hoverson) Thompson at their home in rural Freeborn County. She graduated from Albert Lea High School and lived in the area her whole life. For a few years, Harriet held jobs as a bookkeeper for Wilson & Co. and as a dietary aide at the hospital. 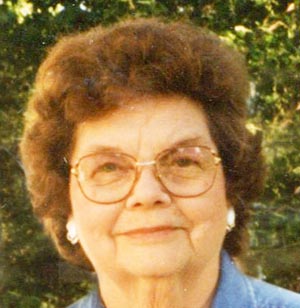 On April 23, 1944, Harriet married Aleck G. Broskoff. The majority of her life was spent working alongside her husband, Aleck, on their farm. She was a wonderful cook and loving mother to her three daughters. She was also involved with 4-H when her daughters were growing up. Faith and family were Harriet’s biggest priorities. She was a lifelong member at East Freeborn Lutheran Church and was very active with the Ladies Aide and Luther League.

A special thank you to the staff at St. John’s for their compassionate care given at the end of Harriet’s life.