Henry (Hank) Arnold Brouwers went to be with his heavenly father, Wednesday, Jan. 25, 2017, in the health care wing at Thorne Crest Senior Living Community. He was there for six months. 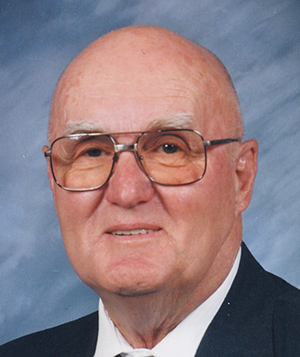 Memorial services will be at 2 p.m. Monday at Hollandale Reformed Church, where he was a member. Visitation will be from 2 to 4 p.m. Sunday at Bayview/Freeborn Funeral Home and one hour prior to the service Online condolences are welcome at www.bayviewfuneral.com.

Hank was born Aug. 15, 1931, in Hollandale. He went to Maple Island and Hollandale schools and graduated from Albert Lea High School in 1949. He married his neighbor, Laura Wynia, June 30, 1954. They lived in the Hollandale area until 1997, when they moved to Albert Lea. He worked at Hollandale Marketing Association in maintenance for about 24 years and farmed. Hank and Laura traveled to Hawaii, Europe and Mexico and wintered in the valley of Texas for 13 years. He collected toy tractors and he loved his motorcycles, Model A Ford and his 8N Ford tractor.

Hank was preceded in death by his grandparents, parents, sisters, and brother.