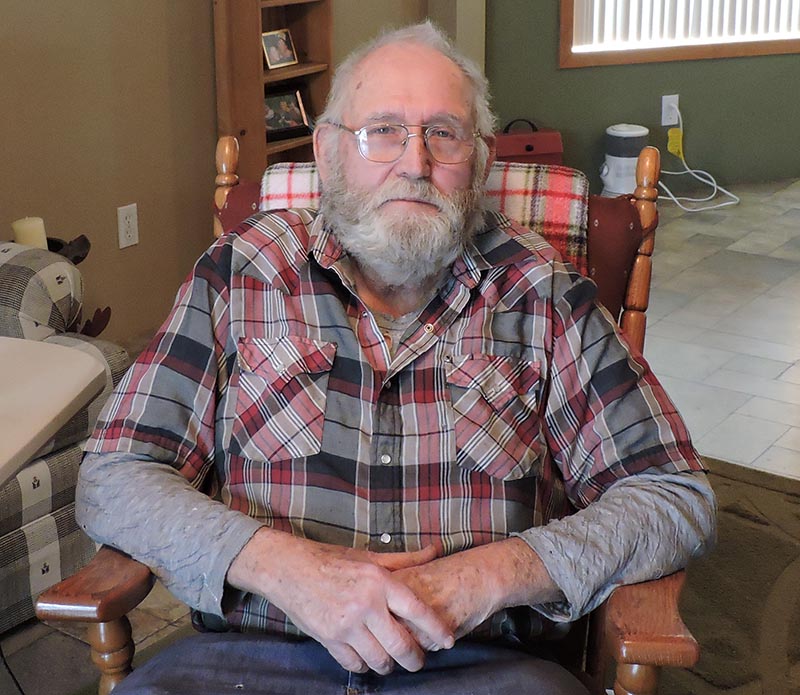 John Van Wilgen, 77, of Hollandale installs farm drainage systems in the area and does most the work himself. - Kelly Wassenberg/Albert Lea Tribune

HOLLANDALE — After decades in the farm drainage business, John Van Wilgen of Hollandale knows just about everything a person could know about it — except perhaps, how to retire from it.

At 77, Van Wilgen still runs his own business and primarily does all the work himself. His son, Jon Van Wilgen, only helps him on a part-time basis — mostly backhoeing and bulldozer work.

According to Van Wilgen, it’s the only work he knows. After leaving school he went straight to work for one farm drainage company and then another before deciding to go into the business for himself about 35 years ago.

For many, that would be enough time to decide to hang up their hat. He has different plans.

When asked about retiring, he said, “In about another 10 years.”

His chuckle soon led into reiterating a comment made earlier by his wife, Janice.

“He’s not a sit-around person,” she said.

And he’s not. During this time of year, Van Wilgen spends most of his waking hours in his shop performing maintenance on his equipment ahead of the spring season. He also spends a considerable amount of time working on his own stock car that he races each summer.

Tiling work picks up again in the fall, and the cycle begins all over again.

He admittedly has slowed down some, though. At his peak, he said he tiled about 30 farms a year from West Concord to areas south of Albert Lea. These days he does about half as many farms and chooses to stay a little closer to home.