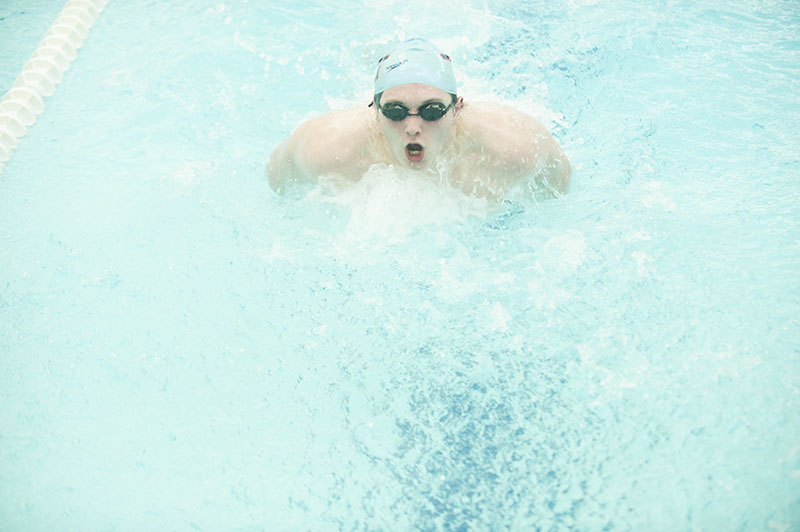 The two teams went back and forth, but it was the Huskies who pulled away in the end to win, 93-90.

Albert Lea took the lead early on when its 200-yard medley relay team of Travis Nemec, Carter Simon, Aaron Zogg and Esteban Johnson finished in first place with a time of 1:55.36.

The Tigers kept a steady hand on their lead through the first few events, extending it to 10 points — 36-26 — when Simon and Johnson took first and second, respectively, in the 50 freestyle. Kamden Larson took fourth place.

But the Huskies took the lead in the diving competition, scoring 13 points to go up 39-36.

Owatonna would have the lead for the next five events until Albert Lea regained it in the 100 breaststroke.

Simon and Zogg came in first and second, and Alec Wendelboe finished in fourth place to give the Tigers 12 points in the event. The Huskies managed only four points in the same event and lost their lead to trail, 86-83.

But in the final event of the night — 400 relay — Owatonna benefited from having three teams in the race to Albert Lea’s one. The Tigers foursome of Andrew Field, Alex Dulitz, William Taylor and Nemec came in second place with a time of 3:55.24 while the Huskies claimed first, third and fourth to take home 10 points and the win.

Albert Lea will travel to Rochester John Marshall on Thursday.