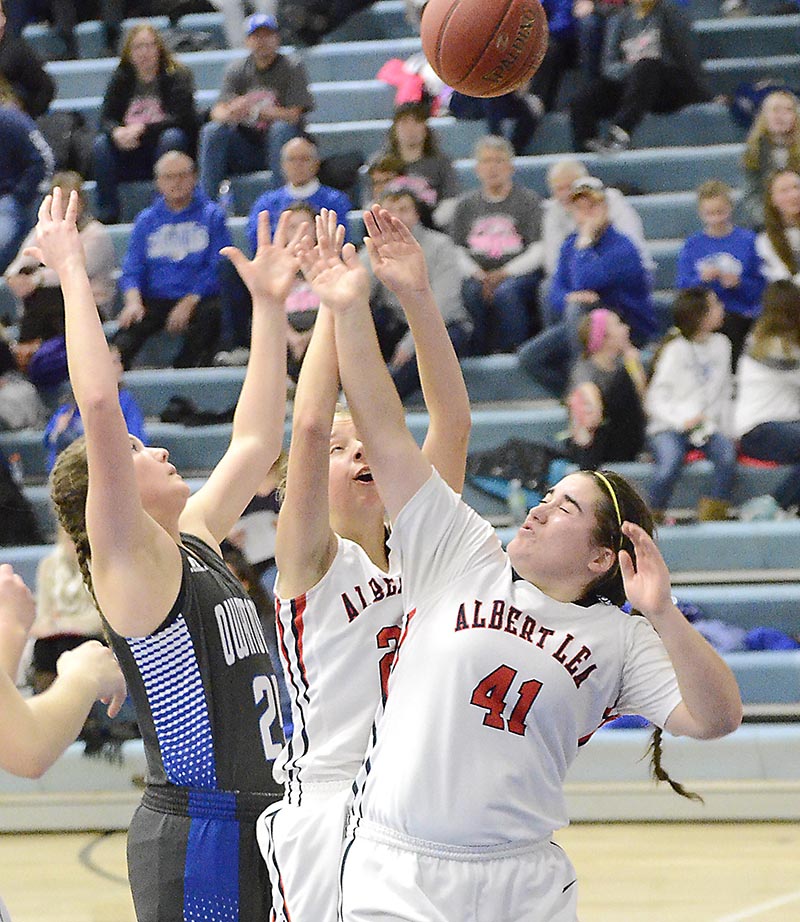 The Albert Lea girls’ basketball team was looking to snap a nine-game losing streak, but knew it was going to have to play a great game against Owatonna (11-2), which came into the game on a seven-game winning streak.

The Tigers stuck around early on. After falling behind by 11 points in the opening minutes of the first half, the Tigers inched their way back into the game and a three-pointer by Rachel Rehnelt made it 15-9.

Albert Lea fell behind by 23 points at halftime, but opened the second half with some fight still left.

Kathryn Flaherty’s three capped a 13-5 run by the Tigers as they cut the lead to 15 points with just under 13 minutes left to go in the game. However, the Huskies responded and saw their lead grow to as much as 31 points with a minute remaining.

It will host Rochester Century on Tuesday.