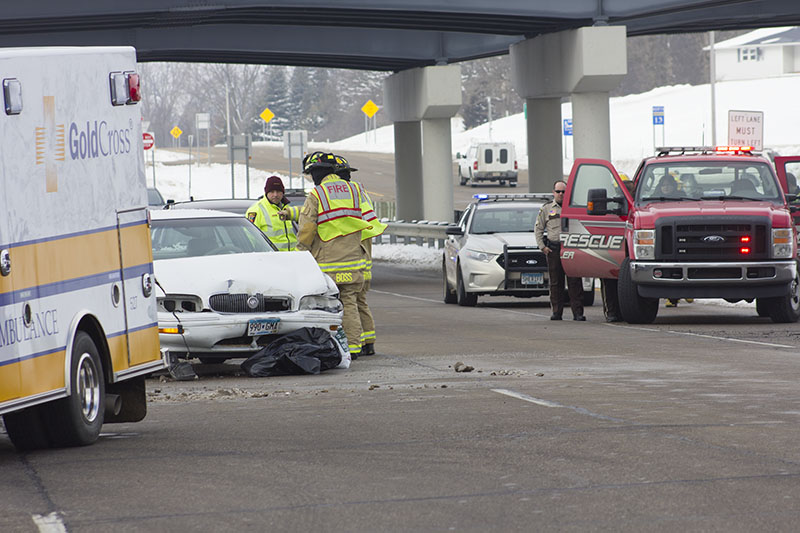 Injuries were reported from a vehicle crash Monday at the intersection of Minnesota Highway 13 and Interstate 90. — Sam Wilmes/Albert Lea Tribune

First responders are at the scene of an injury crash at the intersection of Minnesota Highway 13 and Interstate 90.

It is unclear the extent of any injuries or how many vehicles were involved in the crash.