Memorial services for James Burns will be at 10 a.m. Jan. 28 at St. Theodore Catholic Church in Albert Lea. The Rev. Russ Scepaniak will officiate. Visitation will be from 5 to 7 p.m. Jan. 27 at Bonnerup Funeral Service in Albert Lea and will be followed by brief prayer service. Interment will be following funeral services and lunch on Jan. 28 in St. Theodore Catholic Cemetery. 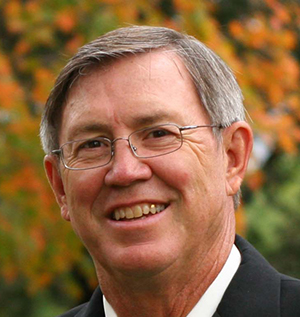 James was born on May 12, 1942, in Sioux City, Iowa, to parents James and Vera (Foy) Burns. He grew up in Beresford, South Dakota, and graduated from Beresford High School in 1960. James went on to Creighton University, University of South Dakota Medical School and Temple University School of Medicine.

On Aug. 21, 1966, Jim married his high school sweetheart, Marilyn Ann Dolan, in Beresford, South Dakota. Jim served in the Vietnam War as a flight surgeon. Very few knew that he received a Purple Heart. He felt the sacrifices of others were greater than his own.

After searching the Midwest for a place to call home, the couple made their home in Albert Lea. Jim loved living on the lake. Jim was a general practice physician at Albert Lea Medical Center for over 40 years. Jim delivered countless babies, which was a joy of his medical practice. He always encouraged his patients to live a healthy life. Jim practiced the advice he gave his patients by staying active, playing tennis, softball, biking and running. Jim never gave up his love of golf. He completed two marathons, the first at 50. He climbed Mt. Kilimanjaro at 56.

Jim helped start the Albert Lea Soccer Association. He was instrumental in taking Albert Lea youth soccer from a club status to a high school sanctioned sport in 1992. He was a Minnesota Gopher fan to the core. In his free time, Jim loved traveling with his family.

Jim, Marilyn and their children went to various destinations, including Mexico, Ireland, Guatemala and Costa Rica. Jim’s greatest love was Marilyn, his children and grandchildren.

He was preceded in death by his sister, Diane Tornberg; parents James and Vera Burns; infant daughter, Christine; and grandchildren Liam and Gloria Burns.

In lieu of flowers, the family requests memorials to be given to the Albert Lea Youth Soccer Association or Naeve Health Care Foundation.